Here are the top 10 tips/tricks/cheats you need to know for Monster Strike!

1. Fuse Morlings to Each Other!

• When fused with another monster, Morlings will increase that monster’s Stats beyond the monster’s MAX stats. That’s a no-brainer if you’ve played the tutorial.

• The real trick is to fuse Morlings with each other! Every time you fuse a Morling with another Morling, you’ll have a chance at a Mega Fusion bonus, which will increase the overall Stat boost that the fused Morling will bestow on one of your team’s monsters. Plus, it clears up space in your Monster Box so you don’t have to spend precious Orbs expanding it!

• Luck is super important for getting better monster eggs and Catalyst drops. You can boost your early-game Luck by farming Red Smydras and fusing them to each other to boost their Luck rating (indicated by the clover icon).

• Farming Red Smydras is easy: Just choose the “Mt. Hotfoot” Normal Quest group and take on the “Volcanic Drake” quest a bunch of times. The Red Smydra drop rate here is high, and it’s unlocked pretty early in the game!

• The Speed Clear bonus – awarded for defeating a Quest’s boss within a set number of turns – greatly increases your chances of a rare egg or Catalyst drop.

• Snagging the Speed Clear is pretty easy in early Normal Quest levels, but to get the really good stuff, you’ll need to take on difficult Extreme and Impossible Event Quests.

• The best way to guarantee a Speed Clear is to take monsters with high-powered Strike Shots and the correct Element into the battle. If the boss is a Wood Element, take Fire Element monsters into the Quest.

4. You Should be Playing on Weekends

• Timed weekend-only Quests offer some of the best loot out there. Drop rates on super rare items like the Divine Sharl Catalyst are higher on weekends, plus the daily Expie quests offer more powerful Expies on the weekend.

• It’s not immediately obvious, but it’s possible to Ascend a monster you’ve already Evolved (it’s not just one or the other). Gathering the Catalyst Materials and monsters necessary to Ascend a monster of your choice usually takes time, so go ahead and Evolve them while you wait.

Use your Orbs sparingly and you’ll never even need to see this screen!

• Orbs are Monster Strike’s player currency and are used for replenishing Stamina, continuing after a defeat and hatching randomized monster eggs at the Hatcher. While the game’s developer is pretty generous about giving away free Orbs for all kinds of reasons, they’re still a precious resource.

• Some of the most rare and powerful monsters can only be attained through the Hatcher, so you may want to consider saving up all your Orbs exclusively for Hatcher spins.

• Sure, you could use an Orb to replenish your Stamina and have another go at that tough boss, but you probably shouldn’t, because…

• You’ll never need to think about using an Orb to replenish your Stamina when you play multiplayer Co-op with friends, because only the hosting player’s Stamina gets used. Take turns hosting and you can pretty much play indefinitely.

• Co-op players also share Luck bonuses, which means up to 8 individual Luck bonus drops on any given Quest!

8. Monster Strike for Dummies: Touch ANYWHERE on the Screen to Fling a Monster!

• Sure, this one’s pretty basic (and it’s mentioned in the tutorial, but honestly, who reads those?), but it’s important to know: You DON’T have to tap and hold on your monster to initiate the “Pull and Fling” control. You can touch anywhere on the screen and start pulling.

• So, even if your monster is trapped in a corner, you can still pull at full strength by starting the pull from the center of the screen

9. Create a Facebook or LINE group of Monster Strike-ing Friends

• Monster Strike’s standard Co-op uses your phone’s GPS to find other players near you, so you’ll need to be in a big city or playing in the same room with friends to get the most out of it (if you live in the suburbs, you’re pretty much boned).

• But, you can play with friends over ANY distance by sending a Facebook or LINE invite through the game’s “Invite Friends” Co-op Quest option. You could even start a dedicated group chat so you and your friends can send invites to each other any time.

• It’s obvious the moment you first launch Monster Strike that the real fun of the game is in the rotating Event Quests where you can get your hands on cool new monsters and valuable Catalyst items.

• But there is one major reason to see the Normal Quest campaign through to the end: The last handful of Normal Quests give huge EXP bonuses (far more than Event Quests) to your player profile, which means you can farm them to rank up. Ranking up increases your Stamina and Friend List capacity, which lets you play longer and with a larger array of Helper monsters. 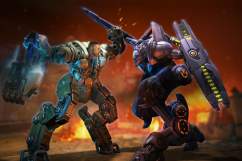