PDP has released the Afterglow Karga headset for the Xbox One.

Ask any gamer what their favorite accessory is and they’ll likely tell you that it’s their headset. Gaming headsets are an important part of gaming, especially if you play competitive games like Call of Duty: Advanced Warfare in which voice communication can be the key to defeating your opponent. Earlier this month, PDP released the Afterglow Karga Xbox One headset. How does the Karga stack up against the competition? There’s a reason we included it in our Top 5 Best Xbox One Gaming Headsets post two weeks ago. So without further delay, here’s our review, with four things you need to know about the Afterglow Karga.

While PDP clearly put most of their focus on perfecting the look of the Afterglow Karga Xbox One headset, they certainly didn’t fall short on comfort. In fact, the Karga headset is one of the most comfortable headsets around. The extra padding around the ears help make the headset firm enough to stay in place, but also soft enough so that the headset isn’t pressing against your ears. Even with my glasses on, I felt no discomfort after long gaming sessions. Typically, when I take off a headset, I’ve found that my glasses were pressing into my ears, creating discomfort after a short while. But with the Karga headset, that simply wasn’t the case — the extra padding worked wonders for solving that issue. There’s also a nice bit of padding on the top of the headset, so you’re not feeling any of the hard plastic on your head. 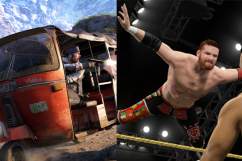 The look of the PDP Karga headset isn’t what I expected at all. Instead of an intense blue glow, the lighting around the outside of the ears is a bit softer. There’s nothing wrong with that really, and the headset still looks pretty cool with the lights off, but for some reason I wanted a brighter glow. But I suppose PDP had to find a happy medium here, since the Karga headset is completely powered from the Xbox One controller (it’s likely the case that a brighter glow would’ve meant a quicker battery drain). Those that find the side lights distracting can actually shut them off via a switch on the side of the adapter that connects into the Xbox One controller.

Sure, it looks great and is comfortable, but how does the chat sound? Voice communication via Xbox Live is clear and crisp, and I had no trouble hearing my friends in a party chat, nor did they have any troubles hearing me. The mic extends out of the left ear piece, and can be retracted when not in use so that it isn’t in your way. When your controller’s battery starts getting low, you’ll begin hearing static through the headset. But that takes a lot longer to arise than you would think, given that the headset is 100% powered from the controller.

If there’s one thing to really appreciate about Dragon Age: Inquisition, it’s the incredible sound design. There’s never a quiet moment in the game, and sometimes you even need to use your ears to track down something for a quest. I’m over 20 hours into the new Dragon Age, and I’ve used my Karga gaming headset for the majority of that time. The headset actually helped me in numerous quests earlier on in the game, as I had to listen for a river to find a waterfall and had to find a templar base. Using the Karga headset made the sound clearer, enabling me to use the stereo sound to track down the templar base (the closer I was to the base, the louder the chatter of the templars). The sound drivers contained in the Karga Xbox One headset leave little to be desired.

You’d be hard pressed to find an Xbox One headset that looks this great, sounds this great, and is this comfortable in the same price range. The weight of the headset is also notable, as it only weighs just over 1 pound. While Turtle Beach is usually the first mention when someone talks about gaming headsets, PDP’s Afterglow Karga Xbox One headset is comparable in quality and price. Plus, the Turtle Beach headsets don’t have a retractable mic, so neener, neener towards them.

Read More
Gaming Accessories, PDP, Xbox, Xbox One
PDP has released the Afterglow Karga Xbox One headset, but how does it stack up against, say, the Turtle Beach XO Fours? Here's our review.