Update 11/21 at 1:20PM – It looks like the original Wii U Super Mario 3D World bundle for $299 was not the best deal on getting a Wii U console on Black Friday. Thanks to a comment from Heavy user, Andrew, we’ve been made aware of an even better deal at Toys R Us.

Now, Black Friday has stretched into Thursday evening (sadly), and the battle for the best Black Friday video game deals is more fierce than ever this year. While many of the video game deals are the same at each retailer, some stores have sweetened deals with their own gift cards and other additions to sweeten the pot. 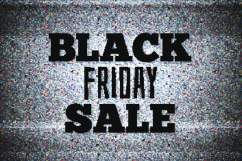 Target is definitely going to see more traffic this year than in previous years on Black Friday, and it’s simply for one reason: that $50 gift card. Just about every other retailer has just the Assassin’s Creed Unity and Assassin’s Creed IV: Black Flag Xbox One bundle this year, but Target sweetens the pot with the $50 gift card that almost covers the cost of a brand new Xbox One game. The sale starts at 6PM on Thanksgiving.

If you’re an Xbox fanboy, you’re likely a big fan of Halo. So, instead of picking up an Assassin’s Creed bundle — let’s face it, you likely have already played Assassin’s Creed IV: Black Flag anyway — you should grab an Xbox One that includes Halo: The Master Chief Collection instead. Plus, Walmart will add a $30 gift card into the mix. Like Target, Walmart’s Black Friday sale will actually begin at 6PM on Thanksgiving Day. So, don’t fill up too much on turkey, because you’ll need to stay awake to fight through the Walmart Black Friday crowd.

The best PS4 deal for Black Friday 2014 is easily the PS4 bundled with Grand Theft Auto 5 and The Last of Us: Remastered for $399. Best Buy, Gamestop and Walmart are all having this same deal, and none of the retailers are adding anything to sweeten the pot. The only difference is that Best Buy opens its doors at 5PM on Thursday evening and will close at 1AM on Friday. So, it’s really up to you to decide which store you want to purchase it at. Either way, you’re getting two of the best games that the PlayStation 4 has to offer basically for free, since the console itself has an MSRP of $399 on any other day of the year.

Nintendo has been notably quiet with any Black Friday deals for 2014, especially for a Wii U. But trust me when I tell you that the Wii U isn’t dead, and 2015 is going to be a huge year for the Wii U. With a new open-world Legend of Zelda game on the way (being nicknamed Zeldarim by gamers), a new IP (Splatoon), and Project CARS all coming in 2015, you’ll have plenty of reasons to play next year. And this year, we saw the incredible Mario Kart 8 and Super Smash Bros comes out later this month, so you have plenty of fun to be had from 2014 as well. But back to the deal, Toys R Us is selling the Skylanders Swap Force Wii U bundle for $199, a savings of $100 from its current MSRP!

The most sought after game for Black Friday 2014 is likely Call of Duty: Advanced Warfare for Xbox One and PS4, and the only retailer to give a great deal on the game is Walmart. Walmart is offering Call of Duty: Advanced Warfare for $49.96, $10 cheaper than any other store. Granted, $10 is nothing to ride home about, but if you’re already going to Walmart for any of their other sweet Black Friday video game deals, than might we suggest throwing COD into your shopping cart.