It’s that time of year again, when the gaming industry has closed up shop for the year and is getting ready for the next year in video games. 2014 was definitely the most unique year in gaming, and it’s mostly due to the miserably botched releases (we’ll get into those a bit later, I promise). But it wasn’t all doom and gloom for the gaming industry in 2014, and we were also handed some of the greatest games we’ve ever played. The console war certainly revved up and created a bigger wedge between Xbox One gamers and PS4 gamers. There were mega-announcements, botched announcements, great releases, awful releases, yearly installment games, new IPs, and a bunch more that happened all in 2014. 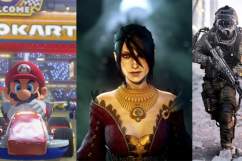 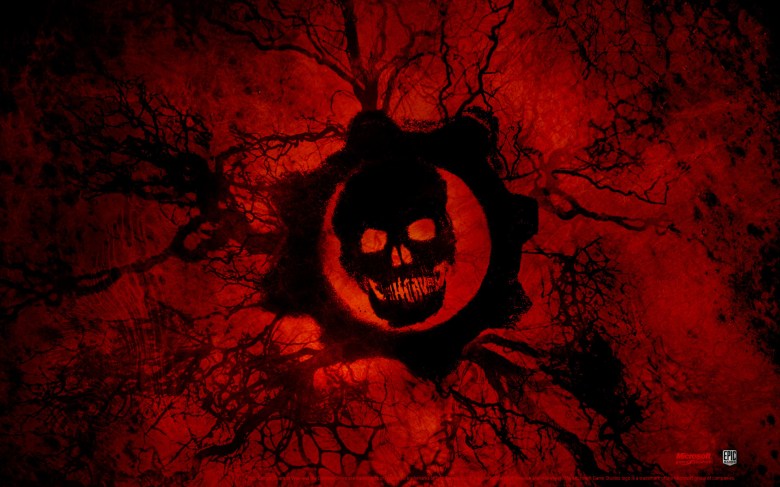 In a bit of scary but still exciting news, Microsoft bought the incredibly popular Gears of War franchise from Epic Games, putting the future of the Xbox exclusive franchise in Microsoft’s hands. Microsoft gave the franchise to Black Tusk Studios, the company’s Vancouver-based developer that we have yet to see an actual release from. Still, fans were reassured that Gears of War was in good hands when Microsoft appointed Rod Fergusson, the former Epic Games executive producer who conducted the first three games in the series, to oversee the franchise. We hadn’t heard much from Black Tusk Studios or Microsoft regarding the impending Gears of War Xbox One game, that was until a few weeks ago when Xbox One boss Phil Spencer met with the team and tweeted that they were making “massive progress.” I doubt that Xbox would make such a big announcement at PAX East, but we’ll definitely have an update by E3 2015.

Street Fighter is one of the most prized franchises in the wonderful world of fighting games, so it was a massive blow to Xbox One owners when Sony unveiled that Street Fighter V will be a PS4 exclusive. Although we were originally excited that a Street Fighter 5 was finally on the way, our excitement quickly dwindled after seeing the first gameplay footage. Sure, it’s too soon to tell if SF5 will be great or not, but the first gameplay footage shows a game that looks incredibly similar to Street Fighter IV. We’ll still be following this next iteration, but as it stands right now, our interest is only mild.

I remember when the idea of Twitch was first announced three years ago — I, for one, wasn’t all too interested in watching other people play video games or having others watch me play video games. But I was quickly proven wrong, and found myself on Twitch almost daily, even downloading the mobile apps on my phone and tablet. Amazon obviously liked the idea as well, as the company bought Twitch for $970 million. The average Twitch user spends over 100 minutes on the site per day, so it’s no surprise that Amazon sees dollar signs in its future. Luckily, Amazon doesn’t have any major plans to change Twitch in the near future, according to the company itself. 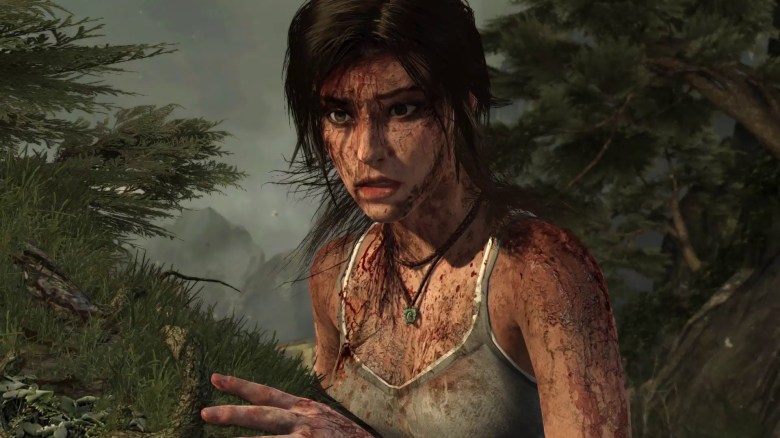 With the major shift by gamers from the old generation of consoles to their shiny new Xbox Ones and PS4s, major games are making a reappearance at retailers in the form of reduxes, redos, and ultimate editions — nothing in the video game world annoyed me more. But there were some great re-dos this year that were deserving, such as The Last of Us: Remastered and Grand Theft Auto V for Xbox One and PS4. Of course, that also means there were some absolute dogs that released in 2014 that had no business being re-released and didn’t add any value to gamers. The best example of the worst redux this year was Tomb Raider: The Definitive Edition which was a major sham, tricking gamers into buying the same game that they played last year. I’m not sure if I’m ready to call Halo: The Master Chief Collection a Re-Don’t as well just yet, but I’ll include it in the conversation for its many multiplayer server issues. These rehashed games are an easy way out for developers, and aside from GTA V and The Last of Us: Remastered, they’ve all felt like quick cash grabs. 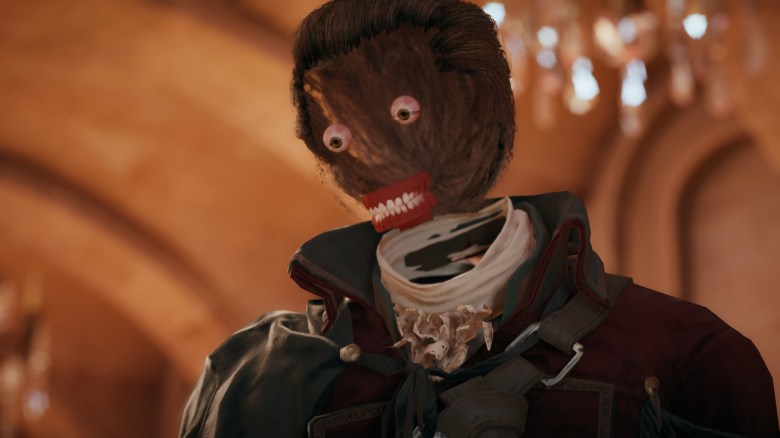 It’s no secret that last year’s Assassin’s Creed IV: Black Flag was a great game. So when Ubisoft announced that there would be another game coming out just one year later (Assassin’s Creed: Unity), we were naturally skeptical. And, we were right to be so, because the giant hulking turd that they released to fans of the franchise this year was a travesty, as far as games are concerned. The game was so buggy, that it spawned numerous memes of faceless characters praising Ubisoft’s awesomeness in a sarcastic manner. Oddly enough, Ubisoft recently announced Assassin’s Creed: Victory which is set to come in 2015. Fool me once, Ubisoft, shame on you…but fool me twice…

One of my fondest memories as a kid was playing Donkey Kong Country for the SNES, so I was thrilled to see Donkey Kong Country: Tropical Freeze make its debut on the Wii U. And, best of all, it turned out to be an absolutely fantastic game. With incredibly colorful and stunning visuals, Tropical Freeze warmed our hearts back in February of this year, and hopefully set up more Donkey Kong games for the Wii U in the near future. 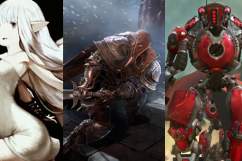 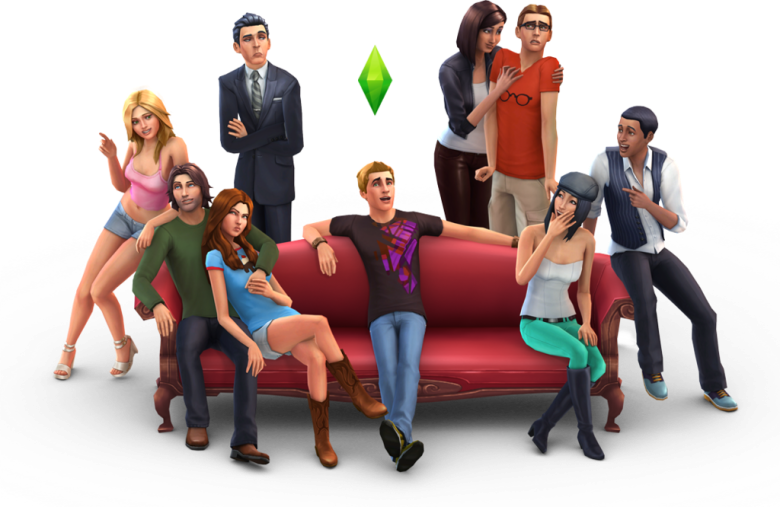 You would think that EA would have listened to the gaming community after winner America’s Worst Company how many times in a row? Unfortunately, they didn’t listen with The Sims 4. Fans were unfortunately given a game that took a giant step back for the franchise, and felt like a The Sims 2.5. The Sims 4 shipped with demon baby bugs and without many of the features that fans loved from The Sims 3, such as pools and numerous career options. It felt like the game was intended for mobile audiences, as it was so simplistic. It wasn’t as bad as SimCity’s botched launch in 2013, but The Sims 4 was easily one of the most disappointing games of the year.

We’ve reached the end of the year, and unfortunately Sony has still not given us the PS+ version of DriveClub, since the retail release went so bad. In fact, Sony has delayed the free DriveClub “until further notice.” Major bummer, given that the promise of DriveClub was a major factor in selling so many consoles earlier in the year.

I feel like Nintendo spent the entire 2014 watching the kids (Microsoft and Sony) bicker while they (Nintendo) sat back in their chair with their hands behind their head. Nintendo didn’t offer much in 2013, but 2014 was definitely a great year for them and the Wii U. Thankfully, 2014 brought us the best Mario Kart to date with Mario Kart 8, and while people spent the end of 2013 dooming and glooming Nintendo, the company laughed all the way to the bank in 2014. 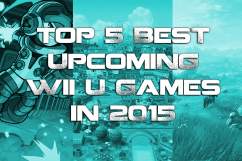 10. EA Access Announced and Released…And I Think It’s Worth It!

Electronic Arts isn’t exactly a fan favorite among the gaming community, and rightfully so. So when EA announced EA Access, the premium monthly service that will give users access to a number of games in their vault, discounts on EA games and exclusive demos, I was more than skeptical. Fortunately, EA Access is only $5 and you can cancel it whenever you decide it isn’t worth it anymore, but for $5/month users are able to play Fifa 14, Madden 25, Battlefield 4 and even EA Sports UFC (none of which are worth your $60 but are okay-enough games to warrant a $5/monthly premium for all of them). It’s a model that works well, and I’d be interested to see just how many members of the video game community agreed with me and are EA Access subscribers. 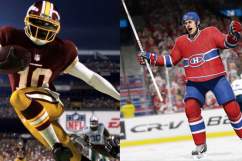 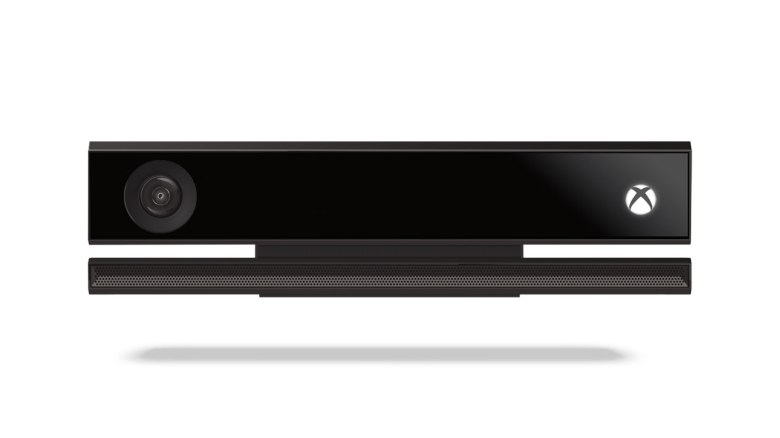 Microsoft originally said that the Xbox One sans Kinect wasn’t possible. Clearly, they were lying, as the company began selling Kinect-less Xbox Ones during the summer to lower the price point to $399. The Kinect just wasn’t being adopted by third party developers and wasn’t being utilized enough to warrant Microsoft keeping the Kinect as a standard. Microsoft gaming boss Phil Spencer was only a month into his tenure before he made the change, making him a new fan favorite among gamers. 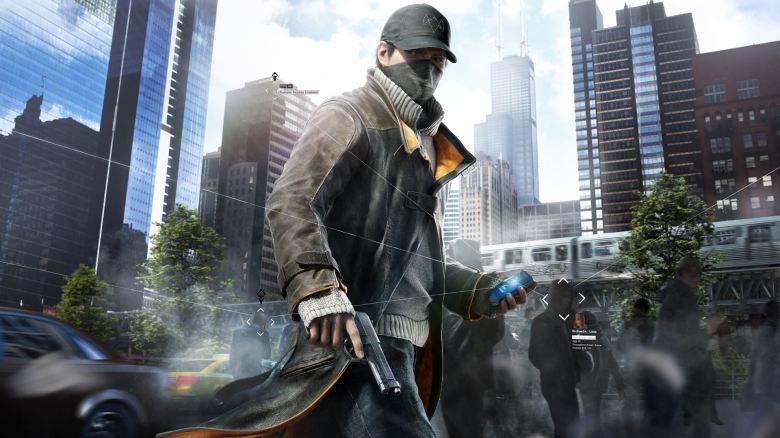 Ubisoft has taken EA’s place as gaming’s least favorite company, for a few reasons this year. First, they were responsible for the false advertising for Watch_Dogs, which fans noted that their in-game graphics didn’t match the in-game graphics being shown in the trailers. In fact, there were even videos of fans comparing Watch_Dogs graphics to Grand Theft Auto IV’s and naming GTAIV the winner. And then, of course, there was this year’s botched Ass Creed launch. Not only did Ubisoft put their foot in their mouth when they said playable female characters were simply too much work to animate, but the game also turned out to be miserably bugged.

Gamergate had a light shined upon it in August 2014 after ongoing harassment and threats, especially through Twitter and other social media. Indie game developer Brianna Wu even received rape and death threats through Twitter, and harassment expanded to include more threats towards Anita Sarkeesian, whom released a Tropes vs Women in Video Games video. The threats weren’t taken lightly, and both Sarkeesian and Wu and their families were forced out of their homes. It was the ugliest thing to happen to gaming in 2014, and hopefully 2015 brings better things.

Gaming’s most hardcore fighting game franchise will make its way to the PS4 and Xbox One in the form of Mortal Kombat X. We’ve already seen a ton of MKX footage, and it looks to be just as brutal and unforgiving as ever, if not more so. Mortal Kombat X is one of our most anticipated games of 2015.

BioWare absolutely destroyed the competition at the 2014 Game Awards, grabbing the coveted Game of the Year award for Dragon Age: Inquisition. And, it’s undeniable that Dragon Age: Inquisition was well-deserving of the award — the game is absolutely incredible. I’m 104 hours in to Inquisition, and I still have 5 of the 10 dragons left to kill. It is the best game available on the new gen systems.

16. The Rise of Nintendo

I discussed above how much of an impact that Mario Kart 8 had on the year in gaming, but that is just one piece of Nintendo’s pie this year. The company also released Super Smash Bros for Wii U and 3DS, Bravely Default for 3DS, Hyrule Warriors for Wii U, Bayonetta 2 and even a standalone Captain Toad game, Treasure Tracker. All of these games were met with high praise, and if you add the fact that Nintendo announced a new open-world Legend of Zelda, Splatoon (a new ip), and Starfox for 2015, it looks like the Wii U and Nintendo are going to be just fine.

Destiny is one of those games that is very polarizing among gamers. While Destiny’s initial truck to max level is a generally fun time, it’s end game was awfully designed, causing outrage among players. Not only were there exploits in the game, like the loot cave, that allowed players to gear themselves up more quickly than intended, but the matchmaking was awful. 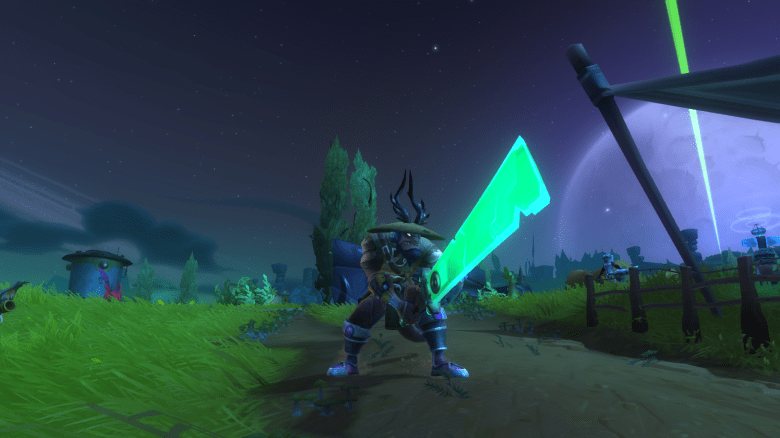 When Carbine Studios first announced WildStar, it was expected to be the MMO that finally kills World of Warcraft. Unfortunately, that didn’t happen. While the initial truck to max level on Nexus was a great journey, the end game was wildly flawed (just like Destiny). There was a huge problem with PvP cheaters, poor matchmaking, and tough raids that made it nearly impossible to get geared without cheating as well. As the server populations started getting low, players started quitting, and as more quit and the servers were even emptier, more players followed in line. I’ve never seen a game die so quickly in my life, which is unfortunate, since there is still so much potential for WildStar. So no, WildStar didn’t kill WoW, WildStar killed itself. Chua sad.