Ah, role-playing games. There’s something magical about becoming totally immersed in a universe not your own, donning the armor and weapons of some customizable hero and saving the world. RGPs give gamers the ultimate out-of-body experience, and the entire genre makes for a perfect method of escapism (which is a big reason why people play games in the first place). From fantasy-esque open-world games like Skyrim to laid back and hilarious shooters like Borderlands, RPGs give every type of player something they can enjoy.

We’ve rounded up the best role-playing games ever made and listed them here. If you’re itching to get into an RPG, these titles aren’t a bad place to start.

1. Fallout 3: Game of the Year Edition

“War never changes.” At least, that’s what your dad tells you throughout the imaginative and addicting Fallout 3. As its name implies, Fallout 3 takes place in an alternate history where the United States was nuked, forcing survivors to seek shelter in giant underground vaults. As the player, you escape your metal prison of a home to take on quests across a desolate Washington D.C. where mutants and robots run rampant. Danger lurks around every corner, as do mysterious locations and unique stories waiting to be discovered. Best of all, the Game of the Year Edition comes with all the DLC and only costs $9.99!

I’ve poured way too many hours into Skyrim. There’s something about the fully realized world, the infinite lore and the hundreds of dungeons that keep me coming back even three years later. No other game has made me feel more like a fantasy hero than Skyrim, and that’s quite the accomplishment. Sure, some of the characters are annoying, and the quest design is pretty repetitive, but with so many places to explore and endless options to create the hero you want, Skyrim makes for a truly delightful fantasy RPG. Just announce the new-gen port already, Bethesda!

This JRPG takes the classic turn-based combat system and gives it a much-needed tune up to make battles far more interesting. In Bravely Default, you can “Brave” (attack or use a move) or “Default” (pocket a turn and defend). Through strategic use, players can empty their pool of turns by Braving multiple times in a row or build their pool to high levels for an all-out assault by Defaulting, leading to far more strategic battles than the genre is known for. As complicated as it sounds, it’s incredibly simple and intuitive in practice, and it makes grinding against low-level enemies a quick and easy process. The unique combat system adds some spice to an otherwise staling genre. The story may not be anything special, but with Bravely Default, you’re there for the classes and combat and not much more.

Final Fantasy VII shook the world when it launched. Before Square’s can’t-miss RPG came along, there were no console games that took nearly as long as Final Fantasy VII to complete (to clarify, it’s about 50 hours long spread across three discs). Though outdated now, the game’s graphics were second to none when it originally launched on the PlayStation in the late ’90s. The unique characters come with different weapons, armors and limit breaks, which allow them to use special attacks that deal extra damage when their health drops to a certain point. If you haven’t played Final Fantasy VII yet, you owe it to yourself to give it a shot; without this game, your favorite RPG probably wouldn’t exist at all.

I don’t care what you say about Star Wars. In my opinion, the Mass Effect series features the most detailed, believable, well-built science fiction universe in any medium ever. In the game, you play as Commander Shephard (whose appearance, traits, history and more are completely customizable) as you quest to save the entire human race from an ancient alien species that wants to wipe out all organic life. In the third game, which is the final arc for Shephard, conflict climaxes as the human race is pushed to the edge of extinction. Everything from the dialogue, character development, plot and lore are meticulously crafted to give you the best sci-fi role-playing experience possible.

Fable takes the serious, end-of-the-world scenarios so many video games are known to utilize and parodies them all. In Fable, it’s not uncommon to take on unorthodox quests that require you to, say, fart or belch your way to victory, among other things. The game can be crude, but it’s also hilarious and cartoony and even fairy tale-like in its presentation (which is probably where it gets its name), which certainly makes it memorable. You choose what kind of person you want to be. If you decide to go around kicking chickens or giving innocent civilians the bird, you’re likely to grow horns as your taste for debauchery grows. But if you go out your way to help the needy, maybe a halo will begin to illuminate above your head. 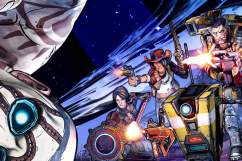 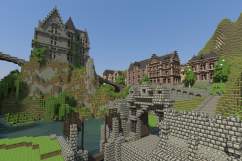 Another game that doesn’t take itself too seriously but still provides dozens of hours of fun is Borderlands 2. The series is known for its cel-shaded art style, humorous writing and literally millions of unique weapons. Throughout the story, you and up to three friends go on a series of quests and missions to stop the sadistic (and hilarious) Handsome Jack. Along the way you’ll loot and shoot thousands of enemies, constantly upgrading your arsenal and character into what eventually becomes an unstoppable killing machine. Borderlands 2 makes for some fun cooperative gameplay and more than a few good laughs.

The Pokémon games have been releasing for years, and they’re all pretty much the same thing: You’re a 10-year-old kid who leaves his or her home to capture Pokémon, earn eight gym badges, defeat some evil regime bent on world domination and become a Pokémon master. The formula hasn’t changed because it’s just so fun. Pokémon X and Y introduced plenty of new content to make the first 3DS games in the series some of the best ones ever developed. There are mega evolutions, which allow your Pokémon to make powerful (though temporary) extra evolutions mid-batle; new Pokémon and type combos (plus Fairy types_; easier breeding mechanics and so much more. If you have a 3DS and haven’t played Pokémon X or Y, please kick yourself and go buy a copy.