6. The Basics to Clearing Out Levels That Feature Honey

• Levels that feature Honey on ’em can be pretty tough due to the thick layers the Honey encases those candy bears in. If you can actually see the bears seen behind Honey, this means you’ll need to break through its one or two layers. The stronger Honey candy layers can vary from three to six layers of a sweet encasing.

• On stages that feature Licorice cages, you need to make sure you clearing them out as soon as possible. These cages can be super problematic due to how much limited movement it puts on your playing efforts. Obstacles such as this one need to be cleared out ASAP. If you’re desperate like us during these types of stages, break out the Lollipop Hammer can clear these out to make your Candy Crush Soda Saga playthrough much simpler.

• You should remember that the stages that contain Frosted Bear candies always randomize the location of these sweets once you restart that stage. The best way to tackle clearing out the frosting is by utilizing your packaged candy bombs and striped candies to wipe out the top layer on these types of stages. You can usually tell that a Frozen Bear is stuck under a piece of ice when it emits a blue/green glow underneath it. Break down the 1st layer of ice before you can spot this telltale sign of hidden bears.

In Bubble Bear levels, candies flow up from the bottom to the soda line. If you swap pieces above the soda line, candies will fall downward. Remember this and plan each move based on this fact. There’s nothing worse than wasting a combo that you thought would bring a Bubble Bear above the line only to realize the soda isn’t high enough and the candies fell instead of rose, or vice versa. Since these kinds of levels aren’t timed, you’re better off planning moves accordingly and not rushing.

10. Create the Special Candy Pieces You Truly Need During Your Current Level Predicaments

TouchArcade.com made sure to tell players that they should match up their pieces carefully and create the special pieces they truly need during their current puzzle situations:

Another thing that’s easy to get caught up in is making special pieces, and why not? They’re special! The thing is, they’re not always useful. It depends on the goal of the level and the layout of the board. An exploding packaged candy isn’t much use when you’re trying to hit pieces on the other side of the board, and the gummi fish are almost entirely worthless when you’re trying to uncover bears in levels with tons of frosting. Even the almighty sprinkle candy is useless in certain situations, while a striped candy in the same context can be of major help. Match wisely. 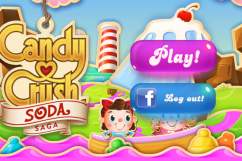