6. Use Markov’s Lightning Gun Ability to Attack the Middle Creature to (Hopefully) Damage More than One Monster

• When using Markov’s Lightning Gun ability, be sure to target a Wildlife that is in the middle of two others. This will increase your chances of the attack damaging multiple enemies.

7. Target Any Wildlife Wisely and Cop Some Multiple Tokens in the Process

• Make sure to target Wildlife wisely. When you see the potential for multiple token matches to happen, make sure that you tap the enemy that has a decent amount of health left, in order to capitalize on the upcoming attack.

8. Keep 4+ Moves in Tow for Much Longer Missions

• Save some match 4+ moves for later on in long missions. Easily killing Wildlife early in the mission may leave your board with only match 3’s at the end of a mission making it tough to defeat “boss” Wildlife.

9. Match up Monster Tokens to Complete Rescue Missions Much Easier

• Matching monster tokens on purpose in Rescue Missions can sometimes help you clear the board. Just make sure the colonist in the lead isn’t one you need to accomplish your goal for the mission.

10. Wildlife That’s Injured by Traps Can Get Hurt Even More by Matching Attack Tokens

• Matching attack tokens can do a devastating amount of damage when used while a Wildlife is de-buffed by traps. 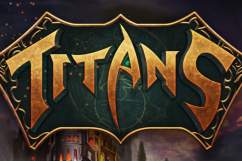