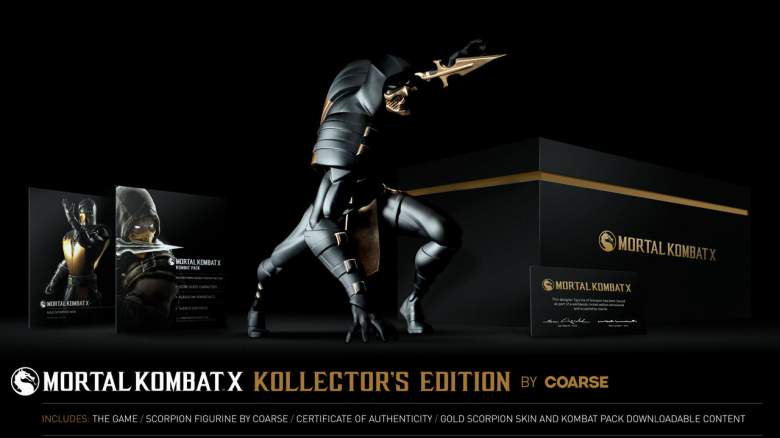 Warner Bros. has announced three different special editions of the highly anticipated fighting game Mortal Kombat X, all of which are now able to be pre-ordered on Amazon.

Mortal Kombat X The Kollector’s Edition by Coarse will cost $150 and will include a Scorpion figurine with a Certificate of Authenticity signed by artists Sven Waschk and Mark Landwehr. This edition will also include a playable in-game skin based on the figure. On top of that, buyers will get the Kombat Pack, which will include four additional unnamed fighters that will be a mix of fighters familiar to the franchise as well as guest characters (although we don’t currently know what characters it will include). 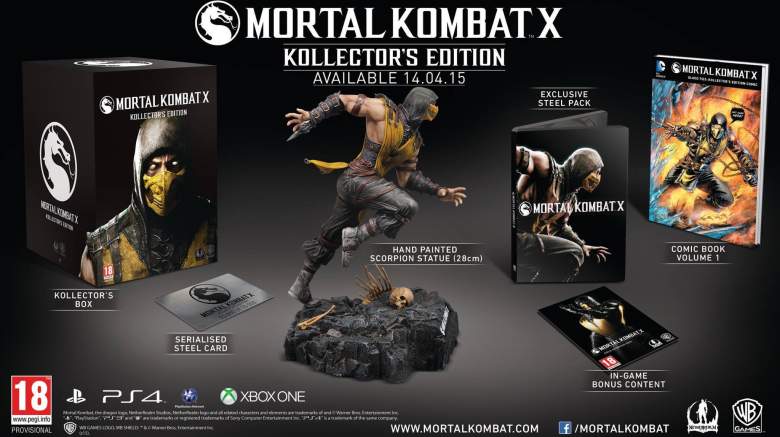 The non-Coarse Kollector’s Edition will be $180 and will included a 28cm hand-painted Scorpion statue, a steel pack and card, the in-game Scorpion skin, Kombat Pack, and will also include Mortal Kombat X: Blood Ties Comic Book Volume 1.

The third edition is a Mortal Kombat X Limited Edition which will run buyers just $95 and will include an exclusive Scorpion Skin inspired by the Cold War, as well as the Kombat Pack. Finally, the fourth edition is a Mortal Kombat X Premium Edition that is download only for $90 and comes with the Kombat Pack. Basically, that means you’re buying 4 “extra” characters for $30. Yikes.

Unfortunately, we have to wait until April 17, 2015 to get our hands on one of these bad boys. Although, hopefully Warner Bros’ PR reads this and sends us one for review *wink wink, guys*. While you wait for Mortal Kombat X to hit stores, there are some other great upcoming games which we keep up to date with in our Upcoming Video Games Calendar post.