With the launch of the New Nintendo 3DS XL came the release of the highly anticipated Monster Hunter 4 Ultimate.

Capcom’s much celebrated action RPG series has received an overhaul for Nintendo’s new portable device. Improved visuals, new weapon types and plenty of new creatures to engage in huge battles with are just a few of the newly added features seen here. We want to make sure new players and veteran players know how how to navigate this expanded Monster Hunter world.

Check out these developer made tips regarding some aspects of the game you may not have even known about.

1. No Levels, No Classes: Not Your Traditional RPG

Unlike traditional RPGs, you aren’t tied to a class and there isn’t a traditional level-up system. The way Monster Hunter works is that you go on quests where you can gather items from the field and from defeated enemies. You can then use these items to build armor and weapons back in town. As you progress, you’ll face more difficult enemies that will yield items which can then be used to create even stronger equipment. So rather than your hunter getting stat-boosts in the traditional sense, everything is tied to what you have equipped which is the driving force for taking on quests and defeating monsters.

Monster Hunter is skill-based and you’ll need to be strategic as you approach each battle. Even if you were equipped with the best weapon and armor, being smart about how to take on your enemy is the real key to success. Since you’re not locked to a specific class, you can try each of the 14 different weapon options, and swap at any time, to find one that works best for your playstyle.

The gear you craft in Monster Hunter is extremely rewarding and has several facets. The armor and weapons you craft not only share visual characteristics with the monster you’ve felled, but will also give you special abilities related to that monster! For example, the giant snake-like creature Najarala has a loud roar that stuns you. Wearing a complete Najarala armor set will earn you the Earplugs skill, which prevents this stun effect when a monster roars.

3. A Deodorant a Day Keeps the Stench at Bay

One of the status effects in the game is Stench. Yup, it’s exactly what it sounds like! If the giant ape-like monster Congalala farts on you—or worse, throws a steaming pile of dung at your hunter—you will get Stench, which prevents your hunter from using items until the Stench clears. The good news is: the Deodorant item you typically use to remove the effect can actually be shared with other players. When you use a Deodorant, have anyone else with Stench run through the deodorizing smoke like it’s a sprinkler and they, too, will be Stench-free!

A hunter should always be prepared before venturing out on a quest: bringing healing items like Mega Potions are a must. For all low rank quests, the blue Supply Box at base camp will provide First-Aid Meds at the start of the quest. If you gather Honey in the field and combine it with these First-Aid Meds you will get First-Aid Med+, which is essentially a free Mega Potion for use during that hunt! One of the initial quest locations is the Ancestral Steppe, where you can always gather Honey in the first area of this map.

A hunter always has more control fighting on home court: the ground. When a winged monster tries to shake that comfort out from under you by spending its time airborne, a carefully thrown Flash Bomb in front of the monster’s face will do the trick. This will startle the monster, knock it down from the sky and back down to the ground where it will be easier to fight. 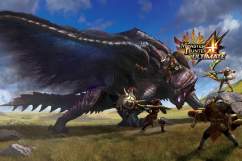 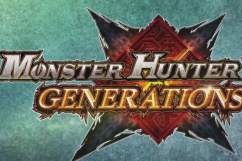