6. The One Non-Offensive Ability That’s Good to Use is Targeting

• While we did mention that you should use up your Ability Points to focus on building up attacks, the one non-offensive ability we want you to use is Targeting. Targeting is a great ability that you can use to tear down the strongest member of the opposing party during the starting, middle or ending segments of a tough fight.

7. Tap on Your Bots to Check Out Their Team Boosts

• During battle, you can discover what active and passive boosts your party members can get just by tapping on any one of them. Doing so will make they revert to their vehicle form, which is capable of providing your other party members with boosts such as an increase in attack power. If you like the boost you see, keep that bot you tapped in vehicle form. And hey, you might even discover an enemy’s weakness through your new member’s transformed state while you’re at it.

8. Pay a Visit to the Space Bridge Everyday to Cop Your Free Drops

• If you really want to cash out and nab more drops, make sure you head into the Space Bridge on a daily basis. You’ll always come away with your free dosage of Deluxe Drops and Basic Drops everyday. Don’t ever forget to pick up your free goods, which are needed to upgrade your bots and build up some new party members. Go get your Gold, Cybercoins and Cybermetal.

9. Pay Attention to Your Team’s Synergy

WriterParty.com told players to pay close attention to their Transformers’ synergy and make good use of the bonuses the entire team gains during battle:

Pay attention to the mix of characters in your team because with the right mix, you can earn a set bonus. Go to the “set bonus” area to see what the potential bonuses are. This area is inside of the “Edit Team” menu. Set bonuses will give a buff to your entire team, which, even with teams that have slightly worse stats than the other player, can sometimes push you over the edge in a tough battle.

DealForALiving.com let players know that they shouldn’t spend so much of the ability points towards a Re-Spin:

I love using the re-spin and I use it often because I seem to have the most unlucky bunch of Transformers on the planet. But don’t assume that just because you’re spending an ability point to get a better outcome, that you’ll actually get a better outcome. If you have the lowest possible value, then of course, re-spin for a chance at a better attack. But if your Transformer has initially rolled a middle value, you might be better off spending your ability point elsewhere. 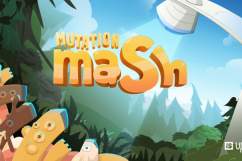