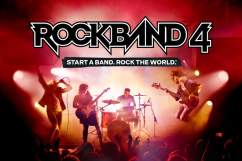 Harmonix has officially revealed the next Rock Band which will be properly titled Rock Band 4.

After not hearing anything new after April 2013 when Harmonix released a farewell track for Rock Band 3, Harmonix released new DLC songs for the game out of the blue in January earlier this year. Now, Harmonix has officially announced Rock Band 4, which will be coming to Xbox One and PS4 at some point in 2015. It’s likely that we’ll hear more about Rock Band 4 at E3 2015 this year, and we can expect a release date announcement around that time as well. As far as the actual Rock Band 4 release date is concerned, it’s likely that the game will have Q4 release sometime between September-late November. Rock Band 1 was released in November, Rock Band 2 was in September, and Rock Band 3 was in late October. It’s undeniable that the Rock Band franchise has a holiday release window appeal, so that’s likely when it will be released. But there are things we DO know for a fact.

Courtesy of Game Informer, we do have a little bit of information for the upcoming game. Here’s what you need to know:

If you’ve purchased any songs in any of the previous Rock Bands, they will carry forward to Rock Band 4. So, you don’t have to worry about all of that money you thought you might have wasted on songs since you will get to use them again. +1 for Harmonix.

You’ll likely get to use your old instruments, at least as far as Harmonix is concerned. Harmonix noted that although the technology gap between Xbox 360 and Xbox One are significant, the usage of old instruments is basically left up to the first parties (and the same goes for the PS4 version). The company noted that they’re still in talks with Microsoft and Sony, but that the conversations are “going very well.”

3. New Peripherals Are on the Way, but Not Keyboards

So if you’ve never played the game before, or don’t still own your old instruments, Mad Catz is working on a set of new hardware that will be native to the Xbox One and PS4.

While Mad Catz is making new guitar and drum peripherals, they won’t be making new keyboards. So all you key-loving piano men are going to be disappointed. Harmonix says that they really want to focus on guitar, bass, vocals and drums, stating that these are the peripherals that most people have.

“Rock Band 4 is a sequel relative to Rock Band 3 and that 4 is really an indication of our commitment to innovation in this space and the idea that this is a bona fide evolutionary step from Rock Band 3 in a lot of ways. It does not imply that there will be a Rock Band 5, 6, 7, and 8. We think that there’s an opportunity this time around, given the technology to interact directly with our audience and also to react to the feedback that we get directly from our audience to sort of expand upon a core game of Rock Band 4. So Rock Band 4 will expand through title updates, through content updates, over the long span. We view Rock Band 4 as the Rock Band for this console generation, and it will continually evolve through a dialogue with our community. I think Rock Band is a great title to utilize that approach in the console space,” says project manager Daniel Sussman.

This means that we’ll undoubtedly see a nice long life-span for Rock Band 4. There are only so many gameplay changes you can make to a game of this nature, and it’s likely that Harmonix won’t release another game for at least a few years. Instead, they’ll update the game with DLC song packs that will add whatever the latest new songs on the radio are.

“You look at things like the animation system, the camera system – which was phenomenal – the lighting and atmospherics. The elements that contribute to a really immersive and compelling and fantastic stage presence are all there. At the same time, we’re rethinking some elements of our overall presentation and the player narrative in ways that I think are novel. We have a lot more firepower at our disposal that we’re taking advantage of, and it’s more than an up-rez of the experience. We’re really going deep into the dramatic dynamics that you get at a live concert. The color palette, the atmosphere – I’m really into the atmosphere, like the smoke and the way the light cuts through it and all of that sort of stuff. The relationship to the audience and the venue in general, I think we’re going to knock out of the park.”

A new engine means a brand new experience, so we’re anxious to see what changes the new engine will bring, exactly. Sure, we’ll undoubtedly see a boost in presentation, but what gameplay tweaks the new engine brings won’t be known until we get our hands on it. 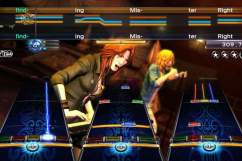