Wolfenstein: The Old Blood is being developed by MachineGames and will be available digitally for $19.99 on May 5, 2015 for Xbox One, PS4 and PC only, a year after The New Order hit retailers. 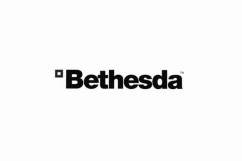 The game will take place in 1946 before the Nazis win World War II. In an effort get the Allies the W, B.J. Blazkowicz must embark on an epic, two-part mission deep within Bavaria. The first part, Rudi Jager and the Den of Wolves, will throw Blazkowicz against a maniacal prison warden as he breaks into Castle Wolfenstein to steal the coordinates to General Deathshead’s compound. The second part, named The Dark Secrets of Helga Von Schabbs (sounds like a sex tape), will bring Blazkowicz to the city of Wulfburg where an obsessed Nazi archeologist is exhuming mysterious artifacts that threaten to unleash a dark and ancient power.

According to Bethesda, Wolfenstein: The New Order brought in over 75 Game of the Year awards across the internet. Bethesda noted that they’ll be revealing gameplay during PAX East over the weekend on Twitch.tv/twitch. This also makes it increasingly likely that we won’t hear about a new Wolfenstein at Bethesda’s E3 2015 conference, since it would be too much Wolfenstein.

We’ll keep an eye on this one, and for more video game news, trailers and reviews, stay tuned to Heavy’s gaming section.