Welp, PAX East is over, and now it’s time to look forward to the next major video game convention: E3 2015. E3 2015 is set to take place June 16-18, and due to the current state of the new gen consoles, we’re all expecting MAJOR announcements to surface during the conference. Last year, all three of the console giants — Microsoft, Sony and even Nintendo — had good E3s, with Sony winning. Undoubtedly, we’ll see quite a few video game announcements come out of this year’s conference. And, we’re anxious to see what Xbox One exclusives and PS4 exclusives Microsoft and Sony will announce this year.

So without further ado, here are our 15 most anticipated game announcements that we expect to see announced at E3 2015:

Bethesda is holding its first ever E3 2015 press conference, putting their name into the hat with the big game publishers like EA and Ubisoft. Now, the gaming community is incredibly excited because it means they have something big to announce. Sure, we’ll get our share of Elder Scrolls Online rubbish, but it’s also extremely likely that we’ll see a Fallout 4 announced as well. The existence of Fallout 4 has been rumored in the past, with many clues suggesting that the game will take place somewhere in Massachusetts. Still, it hasn’t been confirmed, but a game of this caliber would fit perfectly on the gaming industry’s biggest stage. 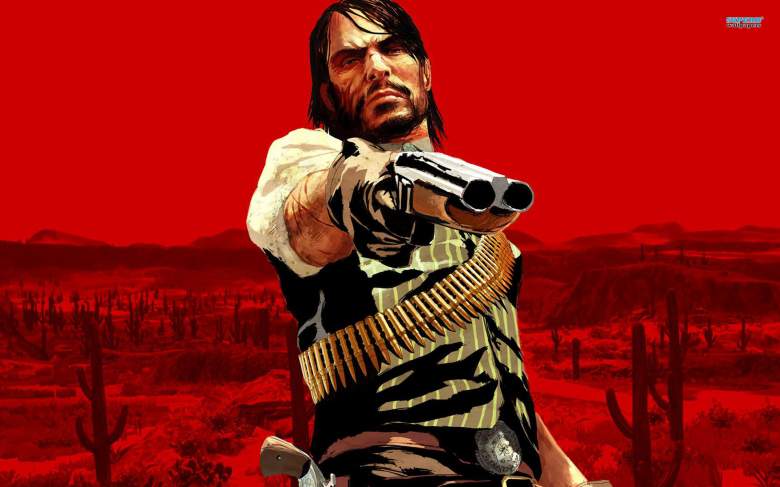 Although Rockstar isn’t quite ready to have their own standalone presser, it’s likely that they will use Microsoft’s E3 slot to announce a Red Dead Redemption sequel, or at least a remastered new-gen version. Red Dead Redemption was met with a great deal of critical acclaim, and I’d say it’s about time that the game be unveiled. In fact, in December, the developer told fans to “stay tuned” for potential news regarding Red Dead Redemption 2 in 2015.

We were told earlier this year that a Friday the 13th game was in development, but we have no idea who is developing or who is publishing the game, and therefore, no idea what to expect whatsoever. A slasher horror video game could definitely work, but it would have to be executed perfectly (and hopefully, we are running from Jason and aren’t, in fact, the slasher himself). Given the hardcore nature of the game, I wouldn’t be surprised if we saw this squeezed into the middle of the Sony conference. 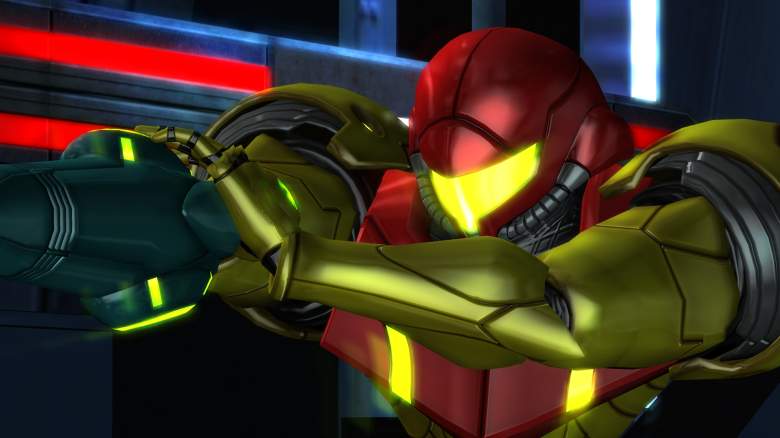 Nintendo has a knack for releasing the same franchises every console generation, and the biggest one yet to be announced is a Metroid Wii U. Nintendo has said that the Metroid series would continue in the past and that we’d see a Metroid Wii U eventually, but they’ve yet to officially announce the game or given us a release time frame. We also know that Retro is working on an “unannounced AAA title.” Of course, Nintendo isn’t doing an actual E3 conference, but are instead doing one of their Nintendo Directs (which was a great success in 2014). Undoubtedly, Nintendo will bring out the big dogs for this direct, and I would bet my Wii U that they’re going to announce Metroid. 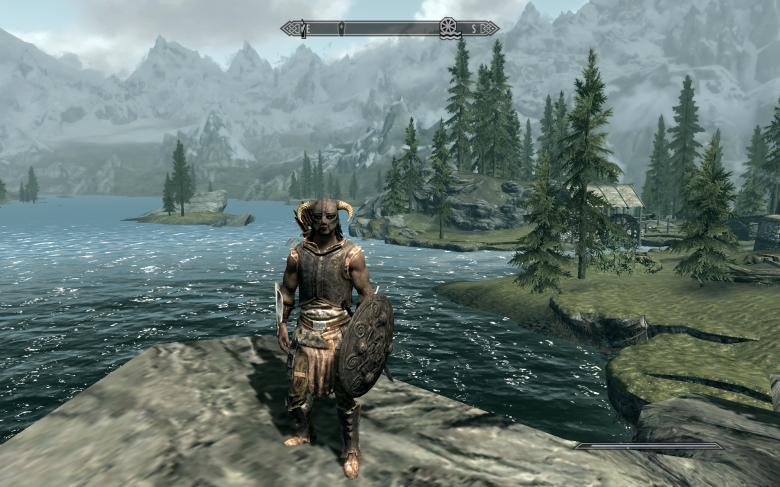 With Bethesda having their own conference, they undoubtedly have more than one game to announce at E3 2015. The biggest E3 news from Bethesda would likely be a brief Elder Scrolls 6 teaser at the end of the conference. Just picture it — Bethesda bids us all ado, and says, “We have one more reveal for you guys that we’ve been working on, and we hope you enjoy. Have a great E3.” Then, the lights go out, and it’s a teaser for an Elder Scrolls 6. I think I’d cry. 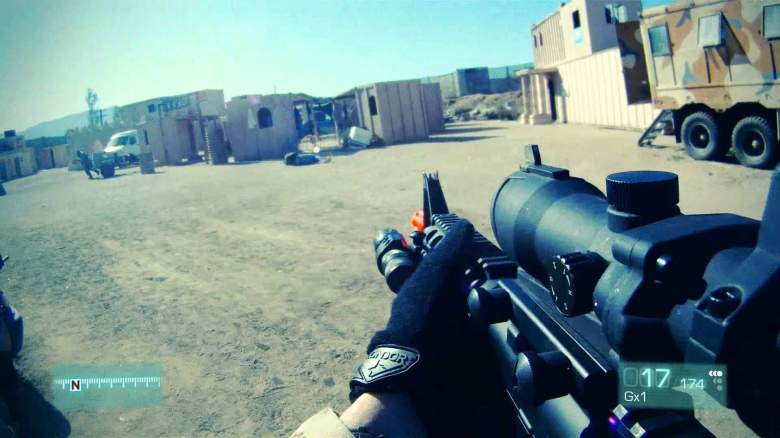 We’ve already gotten our hands on Battlefield: Hardline, and were surprised at just how formidable it actually was. As of writing this, we’ve loved our time playing Hardline and haven’t come across any of the launch issues that plagued Battlefield 4. Still, we all know that we’d rather have a Battlefield 5, and it’s quite possible that EA will unveil their next game in the franchise at E3 2015. And, I wouldn’t be surprised if they did something a little different with it like take it to a past war or take it somewhere into the future (like a Battlefield meets Halo mash-up. Oh, wait, that’s like Planetside 2. Scratch that). But they’ll likely talk about what the next Battlefield will bring. 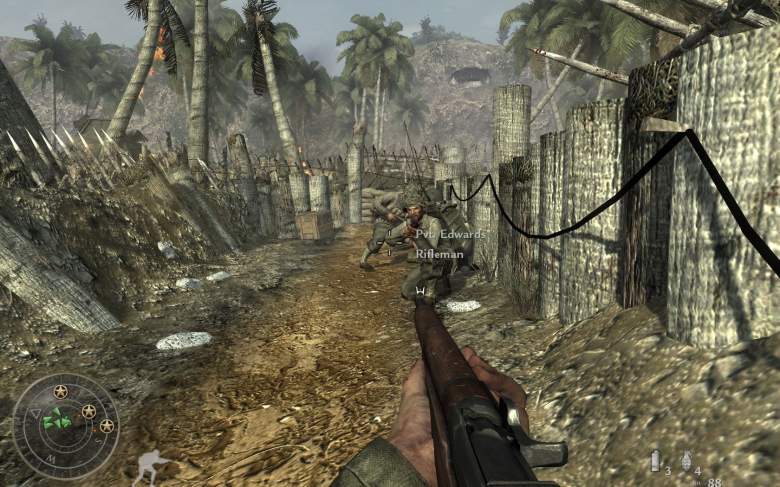 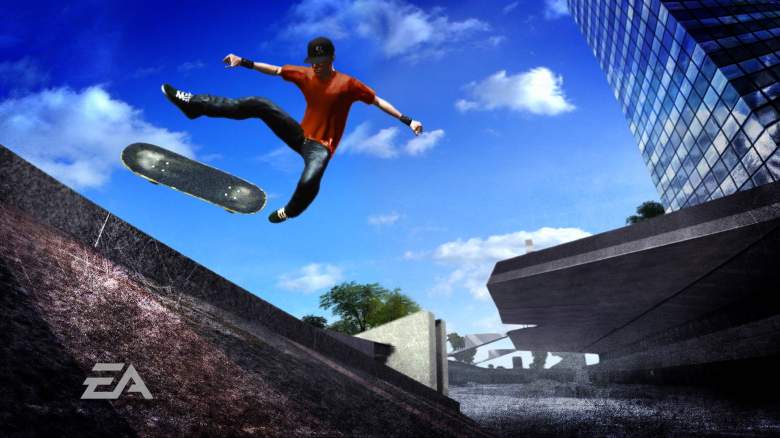 Oh, Skate 4, I just want you so badly. I know that Black Box has split up since Skate 3, but that doesn’t mean EA didn’t give the franchise to another developer. And, E3 2015 would be a good time to reveal Skate 4 for Xbox One and PS4, since we know that Tony Hawk is working on his next console game, too. If I had to choose one game to play for the rest of my life, it’d be Skate 3. 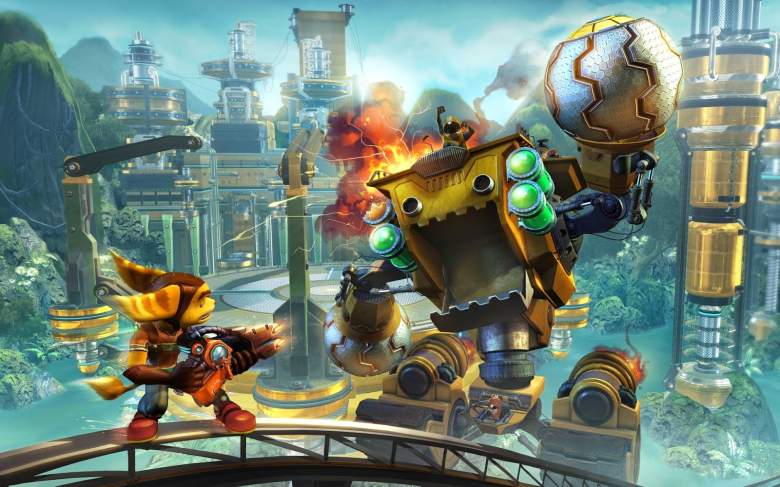 In all fairness, Sony already revealed that a Ratchet & Clank for PS4 is in development, and it’s going to be a “re-imaging” of the first game and will be based on the upcoming animated movie. But, we have yet to hear much more about the game, and it’s highly likely that Sony will give us a new Ratchet & Clank PS4 trailer during their presser, along with a brief breakdown of the new features the game will have. 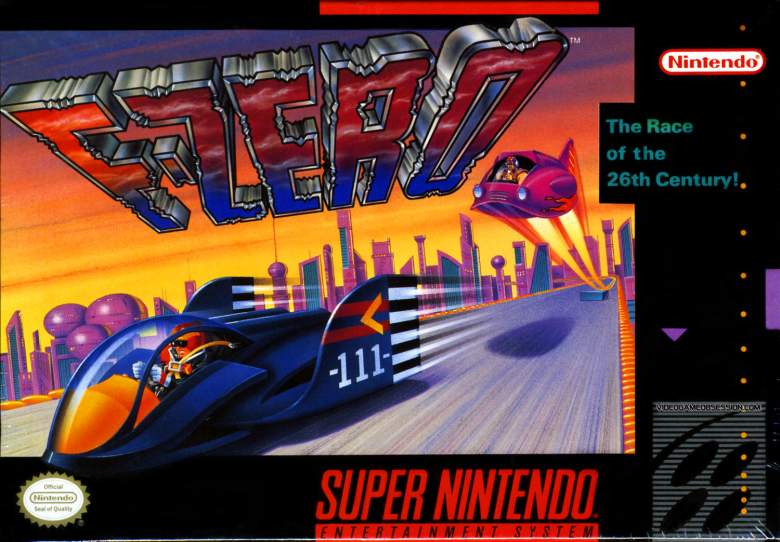 Nintendo has admitted that they were struggling with the idea of F-Zero for Wii U, since they didn’t really know what they could do to bring fresh ideas to the franchise. But, that was two years ago. If Nintendo isn’t working on an F-Zero for Wii U, then they’re not doing it right. In fact, there’s actually a petition running around to bring F-Zero to Wii U. 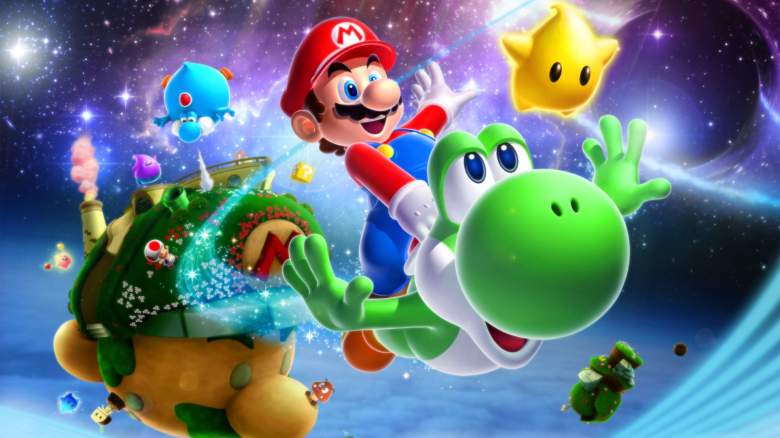 The next step for Mario is likely going to be Super Mario Galaxy 3 for Wii U. There’s not really much to argue with, here. 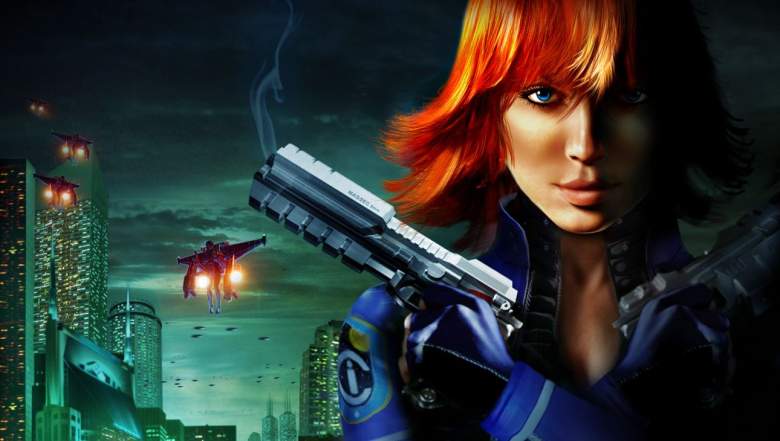 Microsoft noted earlier this year that Banjo-Kazooie, Perfect Dark and Battletoads will return eventually. And, it’s undeniable that Microsoft will bring out Rare to let them discuss what exactly they’ve been working on at E3 2015. Perfect Dark would be a nice fit, although we wouldn’t be surprised to see Banjo or Battletoads revealed instead. It’ll be one of those three titles! 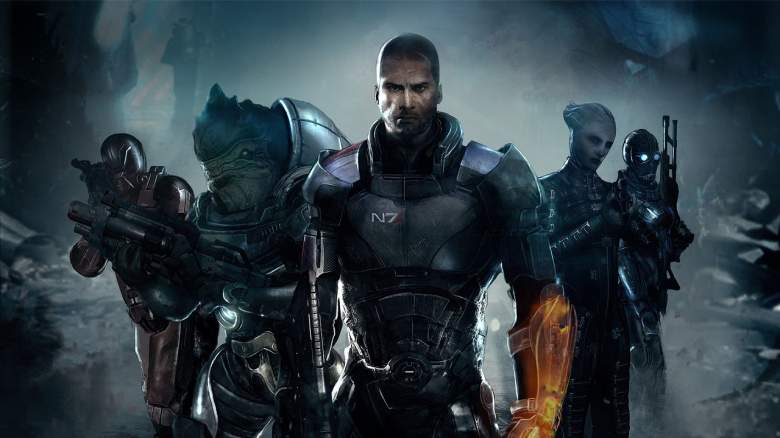 BioWare is polling fans about what gameplay features they want to see in Mass Effect 4. It’s highly likely that we’ll see Mass Effect 4 details announced during EA’s press conference, with a likely release date set in 2016. I’d be surprised if we didn’t receive a teaser CGI trailer, although a gameplay trailer is highly unlikely. 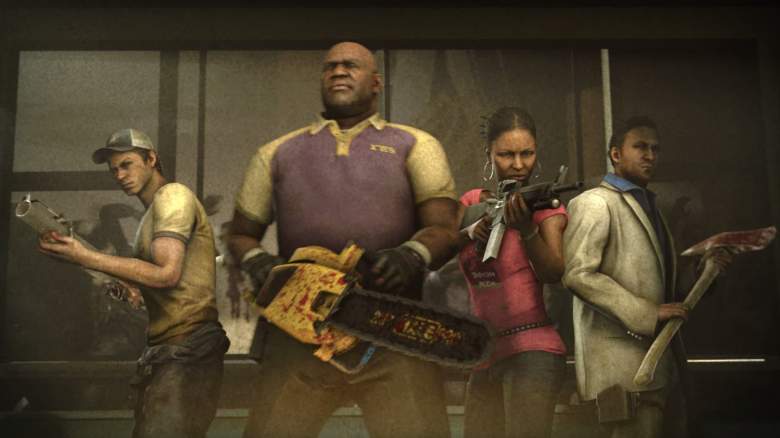 In a gaming world plagued by zombie games, one franchise reigns supreme: Left 4 Dead. We’ve heard mumbles in the past about Left 4 Dead 3, and we know that a new Source Engine is now available, so it’s likely that Left 4 Dead 3 is in development. It’s probable that this could be one of the “new Xbox exclusives” that Microsoft was teasing, as it fits with the multiplayer appeal and functionality of the Xbox One. Really though, anyway that we get L4D3 works for us. 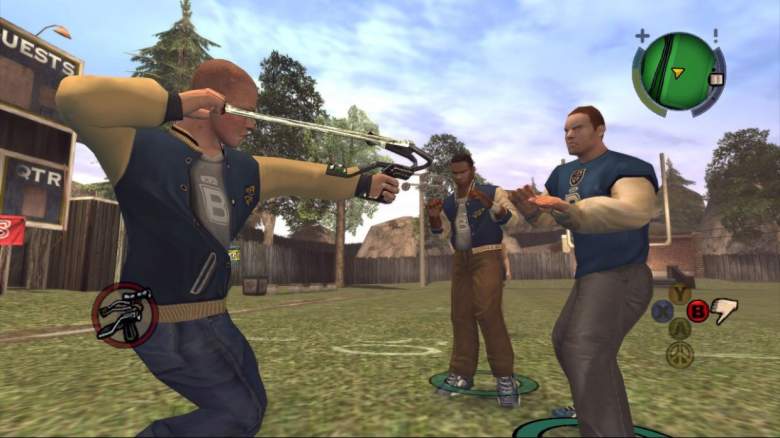 If Rockstar doesn’t announce a Red Dead revival, it’s highly likely that they’re going to announce Bully 2. Rockstar’s original Bully came out in 2006, so it wouldn’t be surprising in the least if they announced Bully 2 with a 2016 release date on it, as it would fit with their 10th anniversary of the game.

What games do you think will be announced at this year’s E3? Sound off in the comments below!