April is absolutely loaded with brand new game releases, and a ton of those games are only found on PC. There are some cross-platform releases too, though, including some major AAA titles.

Here are 4 PC games coming in April that you should be looking forward to:

It takes a certain sort of gamer to love Dark Souls II, and apparently there are a lot of those sorts out there — the hardcore gamer. From Software makes games that punish players and place importance on actually dying in the game, and now Dark Souls II is getting the Scholar of the First Sin Edition. PC gamers have likely already played Dark Souls II, but this edition comes with all of the DLC as well, so if you haven’t played any of From Software’s masterpiece, now is the best time to do so.

It’s undeniable that Grand Theft Auto 5 is one of the greatest games of the last generation of consoles, and now that great game is FINALLY making its way to PC. Undoubtedly, that means we’ll see some badass mods and community creations that we wouldn’t otherwise see. Even if you played through GTA 5 upon its original release, the PC port will be worth it for the mods alone. There’s already a Frozen mod…couldn’t make that up.

Dungeons II is heading to PC on April 28, 2015, and that has some master race PC gamers excited. The original Dungeons game was met with middling reviews, but it definitely had a cult following. Players will again take control of Dungeon Lord to conquer both his domain and the humans’ domain. Players will craft their own dungeon while they unravel the story that is infused with dark fantasy humor. 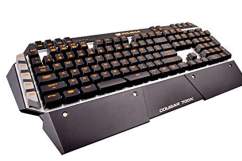