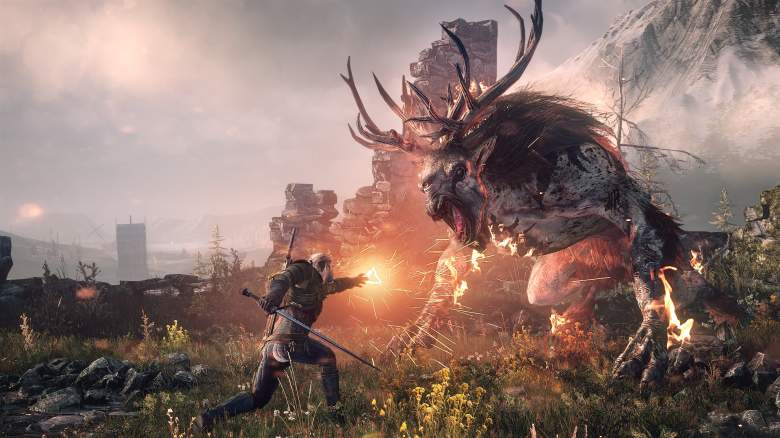 April was quite the impressive month for new game releases, as PC gamers saw the release of one of the best fighting games to date, Mortal Kombat X, as well as the definitive edition of Grand Theft Auto 5 (finally). There is another highly anticipated PC game releasing in May that will likely top the list of the best games of 2015: The Witcher 3: Wild Hunt. But aside from The Witcher 3, there are still a few great PC games on the horizon that will hit before E3 2015.

Here are 4 upcoming PC games releasing in May that you should be looking forward to:

If you’re not looking forward to The Witcher 3: Wild Hunt, then we just simply can’t be friends. The footage we’ve seen from all of the Witcher 3 trailers and gameplay videos looks absolutely stunning. And, the game is said to have over 200 hours of gameplay (which is even more than last year’s great RPG, Dragon Age Inquisition). It has a non-linear story and is set in a large open world that is a rich, living environment. There’s a heavy emphasis on player choice and tactical combat. Players are also given a unique economy system that varies the price of goods based on their place of origin and the surrounding conditions. This definitely looks like a thorough RPG that will keep us busy up through the release of Batman: Arkham Knight in June.

If RPGs just aren’t your thing, and you’d rather play a shooting game, Wolfenstein: The Old Blood will likely be your game of choice for May 2015. It is a standalone prequel to The New Order which takes you through a story involving an attempt to break into Castle Wolfenstein to steal coordinates of a Nazi compound. Gameplay will be incredibly similar to The New Order, but if you’re interested in the story (which sounds pretty intriguing), you’ll want to check out The Old Blood.

Roll7’s OlliOlli is one of my favorite indie games of all time, and judging by the time I’ve spent with Not a Hero already, Not a Hero is going to continue upon Roll7’s journey to awesomeness. Not a Hero is a unique 2D cover shooter that places you in the role of a professional assassin turned amateur political campaign manager in a brutal gameplay world that’s bloody and hilarious at the same time. The game is colorful, creative and incredibly fun to play.

Magicka 2 is a co-op action adventure game that pits you, a robed wizard of your choice, against fantasy creatures. The game uses a dynamic spellcasting system that can be used in many different ways, allowing players to experiment with different combos and gameplay options. Magicka 2 has a certain wit about it, like Not a Hero, that players will find comical and enjoyable while they are ridding the world of evil.

Check Out the First ‘Magicka’ While You Wait.

Axiom Verge is an old school action-adventure side-scroller that looks like Metroid on steroids mixed with Contra. But in Axiom Verge, players have control over glitches like you’d find in classic games which allows them to scramble enemies, enter hidden areas and corrupt environments. There’s also a speedrun mode that allows players to try and beat the best times. After a successful launch on PS4 and PS Vita, Axiom Verge will now head to PC.