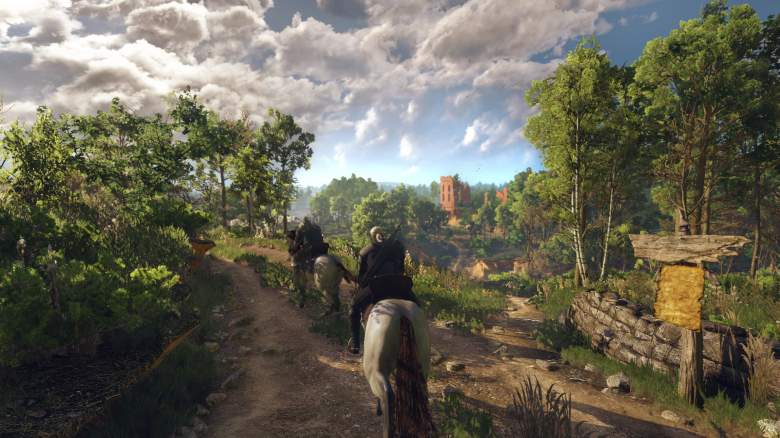 April was quite the impressive month for new PS4 games. As PS4 gamers, saw the release of one of the best fighting games to date, Mortal Kombat X, as well as the Titan Souls. There is another highly anticipated PS4 game releasing in May that will likely top the list of the best games of 2015: The Witcher 3: Wild Hunt. But aside from The Witcher 3, there are still a few great upcoming PS4 games on the horizon that will hit before E3 2015.

Here are 4 upcoming PS4 games releasing in May 2015 that you should be looking forward to:

The Witcher 3: Wild Hunt is in my top 3 most anticipated games of the year, and is certainly leading the pack as far as PS4 games for May 2015 go. The Witcher 3’s trailers and gameplay videos have all looked absolutely stunning. And, we now know that the game will have over 200 hours of gameplay (which is even more than last year’s great RPG, Dragon Age Inquisition). The story is non-linear and it’s set in a massive open world that is a highly detailed living environment. There’s a heavy emphasis on player choice and tactical combat. Players are also given a unique economy system that varies the price of goods based on their place of origin and the surrounding conditions. I’m hoping I can finish it before the release of Batman: Arkham Knight in June, otherwise I’m going to have to take a break from it, beat Arkham Knight, and then come back to it. Either way, we can’t wait to get our hands on it, and stay tuned to Heavy’s Gaming Section this month for our The Witcher 3 review.

If RPGs just aren’t your thing, and you’d rather play a shooting game, Wolfenstein: The Old Blood will likely be your game of choice for May 2015. It is a standalone prequel to The New Order which takes you through a story involving an attempt to break into Castle Wolfenstein to steal coordinates of a Nazi compound. Gameplay will be incredibly similar to The New Order, but if you’re interested in the story (which sounds pretty intriguing), you’ll want to check out The Old Blood.

After numerous setbacks and delays, Project CARS is finally going to be arriving on PS4 on Friday, May 8, 2015. PS4 fans have definitely been less-than-enthused by DriveCLUB, especially since we were promised a free PS Plus version and have still not received. Hopefully, Slightly Mad Studios can pick up the slack from DriveCLUB and show us a truly next generation racing game. The Project CARS trailers and screenshots look fantastic, but the question is whether or not online racing modes will hold up. Here’s to hoping that Project Cars PS4 will do just that.

Magicka 2 is a co-op action adventure game that pits you, a robed wizard of your choice, against fantasy creatures. The game uses a dynamic spellcasting system that can be used in many different ways, allowing players to experiment with different combos and gameplay options. Magicka 2 has a certain wit about it that players will find comical and enjoyable while they are ridding the world of evil.

Check Out the First ‘Magicka’ While You Wait.

Read More
Gaming News, PC Games, Shopping, The Witcher 3, Upcoming Games
wpDiscuz
0
0
Would love your thoughts, please comment.x
()
x
| Reply
One of our most anticipated PS4 games of the year is coming in May. You can probably guess what it is, though.