Here are the top 10 tips/tricks/cheats you need to know for Marvel Future Fight.

1. Get to Know Your Character Types

• Marvel Future Fight is a pretty damn good mobile beat ’em up. You’ll take on a number of henchman and familiar bosses with a select group of three team members. Each playable character is split into Combat, Blast, Speed and Universal. Combat characters are up close and personal fighters, blast types get in their licks with ranged attacks, Speed fighters dish out damage with super fast strikes and Universal characters are balanced in all areas. Combat counters Speed, Blast counters Combat and Speed counters Blast. Universal-types fighters aren’t particularly strong or weak against any other type.

• Heading into battle with the right team is always the correct method to getting battle bonuses. Once you log into the My Team screen, you can tap on the Team Bonus menu and get a look at the all the different team setups that can give you said bonuses. You’ll have an easier time deciding who to put together since that menu will list teams of characters you already have on your roster. So teams like Iron Man, Black Widow and Hawkeye or Falcon, Winter Soldier and War Machine are the type of squads that can be granted team bonus stats.

3. Here’s All the Combat Character Types

4. Get to Know All Your Blast-Type Characters

• Your ranged Blast-type characters that can be collected are Iron Man, Red Skull, M.O.D.O.K., Malekith, War Machine and Vision.

5. The Speedy Cast of Characters Includes…

6. And the Game’s Universal Characters Types are…

7. Once You Get Through Mission 8, You’ll Have the Option to Upgrade Your Heroes

• Like the title of this tip says, you’ll get the chance to upgrade your characters and rank them up when you amass enough biometrics and gold. You’ll get the opportunity to raise up your characters’ attack power, defense power, focus on strengthening their particular skills and ranking any one of them up with the use of Norn Stones. More character Skills unlock over time thanks to ranking up. Ranking up characters not only makes their stats way better, they also add more points to their leadership ability. You should also make sure you pay attention to the four pieces of gear tied to all your characters. Don’t worry – the game will notify you when you have the proper materials needed to upgrade any of your character’s gear. Focus on upgrading a character’s Basic Attack and Body Suit first for improved attack and defense.

8. The Basics to Dominating in Battle

• When you play, here’s how you should proceed when it comes to battle – tear down all those mobs of enemies with basic attacks. Once things start to get rough for one of your characters, use all of their special Skills, then immediately switch him/her out for you next chosen character. You can switch out your character’s every three to four seconds, so make sure you use up all of their Skills before you tag in someone else. It’s best to let that character and their Skills cooldown while another character is on the field. Make sure you switch out your characters after a few missions. Leave ’em behind from time to time so they reach the “Best Condition” status. Once a character reaches that condition and hops back into action, they can complete missions and get bonus EXP and gold.

TouchTapPlay.com noted that players should set their sights on completing Elite Mode missions in order to grab some even sweeter rewards:

Once you complete the normal mode version of a mission, you can then attempt the same mission again in elite mode. Elite mode makes your enemies much more tougher, so your heroes have to be just as tough. The rewards are much greater, of course. If you’re looking to get some biometrics for your heroes, they will usually be found in the elite mode versions of the missions.

10. Make Sure You Log-In Every Day to Nab Your Bonuses

PocketMeta.com made sure to remind players that they should log-in every day to get access to daily rewards:

You get bonuses for logging into the game every day, and after a while, these are extremely beneficial. There will often be multiple bonuses for logging in daily, and sometimes this can even score you a free hero by logging in several days consecutively. Even if you don’t have time to do a mission, you should still try to open the app and collect your log-in reward. You can also snag a free dimension chest every 24 hours, so remember to grab this as well. If possible, try to open it as soon as you can so you can get as many as possible — since it’s on a 24 hour timer and not a regular daily reset. These chests can give biometrics, ISO-8, and even free heroes! 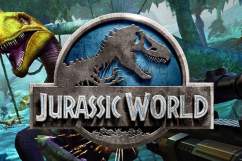