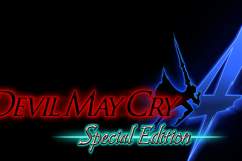 Back in 2008, Capcom introduced its brand of incredible stylish action to the PS3 and Xbox 360 in the form of Devil May Cry 4. It’s clean graphics, varied enemy/architectural design and flashiest offering of combat in the series made it a hit. And when we say hit, we mean fans flocked to this newest sequel and made it the best-selling release in the series. Now in 2015, Capcom has decided to make DMC4 as complete as possible with a new Special Edition.

So what makes this rerelease of DMC4 such an improvement over its original incarnation? Right off the bat, the inclusion of three equally awesome characters that longtime fans will recognize – Dante’s brother Vergil and his two female companions Lady and Trish. Vergil takes on the demon hordes with his swift and focused swordplay front and center. Along with his most trusted blade, he’s capable of using heavy melee gauntlets and his father’s traditional sword. Lady is a stark departure from the rest of the roster, as she relies on her wide assortment of firearms. Her playstyle is so different from the rest, which makes her one of the most fun individuals to figure out. Trish is a more beginner friendly fighter who has no need to switch weapons. Her use of Dante’s fully evolved sword from the very 1st DMC and her lightning-based fisticuffs makes her a fun character to get accustomed to.

You’ll make good use of every character as you play through the main story campaign. Like the original, you can get the whole tale with the use of important cutscenes during each chapter as you utilize Nero and Dante. Vergil goes through the game on his own, while Lady and Trish split up their run through of the plot in split sections. While its fun to dish out damage differently to Nero and Dante’s chosen foes, navigating through the exact same chapters gets a bit tiresome. DMC4’s campaign still features the same issues that brought down its quality originally – plenty of backtracking and more repetitive elements. Getting new intro/outro cutscenes for the new characters are cool. However, not getting the chance to play through entirely new chapters with each new character is far from cool.

Once you’ve plowed through the main campaign and fully upgraded each character, making full use of them all is possible through the addition of Legendary Dark Knight Mode. Each room is now jam packed with plenty of demons, which changes up your whole approach to battle. This new wrinkle to the gameplay manages to make each repeated playthrough way more entertaining. Ripping through an army of demons, raising your combat rank to the highest level and showing off your best custom combos is a joyous occasion in this mode. Taking your finest skills with each character into the Bloody Palace mode is infinitely more fun with three new characters to tamper around with.

This polished version does a good job of improving the visuals for current-gen consoles. The standout art/enemy design, action-packed cutscenes and menacing locations you explore look that much better in this Special Edition. And for those who found the English voice cast to be a bit too overdramatic, the new Japanese language voice track is a welcome new option. The problematic camera from the original release seems to have also gotten a retool, which makes finding your next goal less of a headache.

Devil May Cry 4: Special Edition is truly the definitive version of an already great game. On top of Dante and Nero, the addition of Vergil, Lady and Trish makes each gameplay session a fun learning experience. The visuals have received a nice touch up job, the new difficulty mode is amazingly fun and the added Japanese voice cast is nice to hear. Sadly, the game’s original main campaign issues linger on. Plus no new chapters to play through with the newest characters is a lost opportunity here. You’ll still have a great time bringing demons to their knees with new powerful allies on Dante and Nero’s side, though.