The mobile action game genre is looking real healthy and plentiful at the moment. Especially on the Android Google Play storefront. For the month of June 2015, we came across a slew of great titles that will get your adrenaline pumping. Whether you prefer first-person shooters with HD console worthy visuals or tense sniping scenarios, our listing below includes action games suited for everyone. We’re here to present to you five of the best action games we spent time with in June 2015.

Anyone who’s happened to own this great collection on consoles knows how much of a steal this is. The Doom 3: BFG Edition not only gifts you with an updated version of Doom 3, it also gives an all-new chapter – “The Lost Mission.” Plus as an even cooler bonus, you’ll get to delve into the original Doom and its direct sequel. Doom 3 looks great on mobile Android devices thanks to its compatibility with the NVIDIA Shield Controller and Google Nexus Gamepad. With all the hype surrounding the current-gen release of DOOM, its the perfect time to revisit the 1st three games in the series.

Loyal SNK fans will get the most mileage out of this intense shooter. Beast Busters Featuring KOF DX is a fast-paced title that harkens back to the old school arcade light-gun shooters. Clearing out all those undead hordes is a bloody good time, especially since you get collect special fighter cores. The coolest part about this fighter cores are which characters they’re dedicated to – THE KING OF FIGHTERS ROSTER! Sticking Kyo, Iori or Yuri upgrades to your zombie killer makes them even more formidable in proceeding stages. There’s tons of guns to collect, plenty of zombies to put down and lots of fun to be had.

Agent 47 has worked as the world’s finest assassin for years now. Now that’s made his way onto mobile devices, he’s chosen to stick to the shadows and wipe out his targets. With what, you ask? The world’s most powerful sniper rifles. There’s over 150 missions to hop into as you mark your targets and wipe them off the face of the Earth. As more contracts come your way, more blueprints will get added to your collection. Which also means you’ll grab new sniper rifles for proceeding missions. Hitman: Sniper looks and feels great, so fans of Agent 47 will enjoy this mobile foray into the world of assassination.

The sequel to the fun action-strategy RPG predecessor is just as addictive as ever. Heroes & Castles 2 drops you onto a battlefield full of goblins, skeletons, trolls and more. Your main hero can tear down most enemies by themselves, but you can amass an army to aid you. You’ll be able to choose from one of three races, create an unstoppable army, keep your castle from falling and destroy your enemies. The action in Heroes & Castles 2 is fast and never slows down enough to catch your breath. Remain steadfast as you take on the medieval world and its fantastical baddies.

Skynet has no use for the human race. The human resistance has been attempting to do away with those genocidal machines. You’re the newest member of that helpful regime, so its up to you to blast everything that’s metallic and scary. Terminator Genisys: Revolution controls like a cover-based, 3rd-person shooter. Each mission puts your skills to the ultimate test as you use all types of weapons to dish out damage and save the human race. The extra dosage of survival missions, super powerful firearms and hub worlds will keep you busy for a long time. I’ll Be Back… 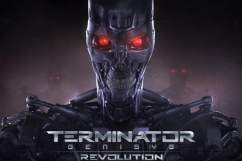 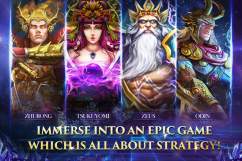