The E3 2015 press conferences are all over, and we’re definitely satisfied with the number of new game announcements we were given. Of course, every publisher had their high points and low points during their press events, but we’ll get to those on a later date. For now, let’s focus on the good; the great!

So without further ado, here are the top 5 best E3 2015 new game announcements:

One of the biggest announcements came during Sony’s E3 press conference in which they announced the highly anticipated Final Fantasy 7 remake for PS4. Final Fantasy fans have been clamoring for the FF7 remake for years, and now it looks like Sony has finally listened. It’s also notable that the game doesn’t appear to be just a paint job, but a total re-imagining of the original game. The news announcement was well received, and quite possibly Sony’s juiciest announcement of the year.

Kingdom Hearts 3 gameplay was revealed, and it looks absolutely stunning. The world is colorful, it’s running smooth, and the sequences shown in the trailer (above) have us salivating. Take our money now, Square Enix!

Horizon Zero Dawn is a unique concept of a game, and that’s why we’re most excited about this one. It appears to follow a story in which mankind as we know it today basically self-distructs and is taken over by man-made machines, and after all of the old cities have been retaken by nature, your character is set in the new civilization. But it’s not a post apocalyptic setting like we’re used to seeing in video games. There are no zombies, nor do we have any of the futuristic tools. Instead, it looks like civilizations have been forced to go back to basics. Think cave man times but set in the distant future. Horizon Zero Dawn is the most exciting new IP revealed at E3.

EA’s conference was the weakest of all, but we did get one juicy announcement: Mass Effect Andromeda (Mass Effect 4). The debut trailer for the game (above) was good enough, and it gave us our first glimpse of what to expect from the upcoming and highly anticipated game from EA. Hopefully, we’ll learn more soon.

The Last Guardian was announced for the PS4, starting Sony’s conference off with a bang. It’s still in development, of course, but at least we know that it is still being worked on. Hopefully, Sony will push the developers to get rid of the kid’s annoying commands, which were heard numerous times during the gameplay reveal. We see that getting old with the quickness. Still, let’s all be thankful that the game didn’t get stuck in development hell.

Not all of the best game announcements have to be the expected or the safe. In fact, one of the best E3 2015 new game announcements comes from the mouth of Microsoft who unveiled a game called ReCore. All we know about ReCore as of right now is from the awesome debut trailer (above). It looks to be a sci-fi future-set game with a female protagonist who “recores” mechanical beings to aid her in her journey, with the core seemingly containing the sole of a long-time companion. ReCore is easily one of the most exciting new IPs for the Xbox One, and we can’t wait to learn more about it. 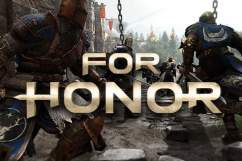 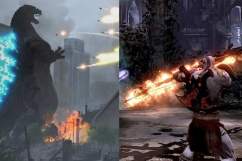