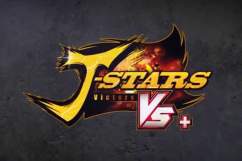 ‘J-Stars Victory Vs+’: 5 Fast Facts You Need to Know

It’s hard to fathom how this once Japan-only fighter managed to get ported over to the US and UK. Its roster is a hodgepodge of the most revered characters from Weekly Shonen Jump’s mix of different titles. Bandai Namco knew how vast the fanbase of anime fans can be, which is why they did the impossible and brought this playable form of fan service to the PS4. J-Stars Victory Vs+’s all-star dream scenario has finally made its way to our shores.

J-Stars Victory Vs+ features a couple of franchise standouts that should be familiar to many – Dragon Ball, One Piece, Bleach, Fist of the North Star and Yu Yu Hakusho are represented well here. Some lesser known Jump series make an appearance here and should be the gateway to discovering its lore, such as Beelzebub and Reborn! The game does an awesome job of getting fans familiar with each and every character. The gallery mode provides a brief summary of each series, its playable characters and the many assists tied to them. After spending some time with this mode, players should become a bit more appreciative of the roster and its storied history.

From a visual standpoint, this anime fighter looks great. The illustrative styles behind each character stay close to their source material, plus the battlefields all do a great job of including the best elements that fans will recognize. However, watching static images of each character interact in the extensive adventure mode is a letdown. After watching the opening cutscene full of intense crossover battles and nods to each character, its disappointing to see that more instances of this don’t pop up afterwards. The over-the-top special moves and overall madness that occurs during battle look great, of course. But the text heavy exchanges between characters in adventure mode are a bore and will leave you unfulfilled.

As a fighter, J-Stars Victory Vs+ is decent enough. You’ll get the chance to do battle in two-vs-two battles across several modes. There’s over 50 characters to choose from who fall into playable and support roles. You have your normal use of weak and strong attacks, special moves, dodging and huge finishing maneuvers. Once you’ve become acclimated to the game’s mechanics though, the fun factor here starts to wear thin. There’s nothing particularly deep about the fighting mechanics offered to players. Fights fall into a formula of grounding your opponent, moving away before they touch you and repeating the same combos over and over until your finishing move is activated. Sure, the hectic fights are fun at first. But the formula gets old quite pretty quickly due to the lack of deeper features that could make each battle act out a little differently.

There’s a nice amount of playable modes on hand to keep you busy. The inclusion of an arcade mode is a cool addition, plus the game’s original gathering of modes comes along for the ride. The Victory Road mode allows players to act out anime dream matches, plus there are co-op and competitive options for local/online. The game’s main adventure mode act gets old and stale though, so you may lose the desire to play through all four scenarios. J-Stars Victory Vs+ may not offer much in the form of deep, rewarding gameplay, but it does a great job of showcasing the best of Weekly Shonen Jump.

J-Stars Victory Vs+ is a fighter with the potential to be the best anime fighter to hit American and European shores. However, its merely a decent experience that’s more fan service friendly than anything else. The vast amount of characters, modes, dioramas, music etc. for each anime featured is nothing to scoff at. Its visuals shine brightest when its time to throw down. The lack of some deeper mechanics that could freshen up the repetitive matches keeps this fighter from being a lot better. Anime fans will like it for what it is, though – a playable history lesson of anime’s storied past.