When Legend of Zelda Wii U was delayed into 2016, we immediately thought that the Nintendo Wii U would be in trouble this fall. But, that’s actually no longer the case, as Nintendo has announced an impressive slate of release dates over the past couple of months. In fact, we think Nintendo might have actually saved Christmas for Wii U games, but using the headline “Nintendo Saves Christmas” just doesn’t feel right. The upcoming Wii U games release calendar might not be as plentiful as the incredible slate of Xbox One and PS4 games coming this fall, but if you’re a Wii U owner, you’re not going to be disappointed.

So without further ado, here are the top 7 best upcoming Wii U games for Fall 2015:

If you’re a fan of Mario — and if you own a Wii U you probably are — you’ll soon be able to design your own Mario levels and share them with the world. What’s more, you’ll be able to download other levels from community members to complete. Super Mario Maker has a lot of potential, and if the community is creative enough (and they undoubtedly are), the game should be tons of fun to play.

For a non first-party game, the choice is clearly LEGO Dimensions, which will bring together many of the LEGO franchise games into one extremely cool idea. Now, you’ll be able to have Batman team up with Peter Venkman from Ghostbusters and Scooby Doo, if you’d like. You can put Homer Simpson in a tardis with Doc Brown and Marty in tow. With all of the many LEGO franchises, the possibilities are endless. And, there will be additional waves of LEGO worlds added in the future, so the fun could potentially continue for years to come.

It’s going to be tough to resist the cuteness that is Yoshi, especially when Yoshi is now made out of yarn in Yoshi’s Woolly World. The Yoshi’s Woolly World gameplay that we’ve seen so far looks wildly creative and impressive, and the texture of yarn interestingly translate well into a video game (which we will also see at some point with EA’s upcoming Unravel game). The mechanics are intuitive, and the game is sure to be a bit of cutesy fun.

We’re a little sour that Japan got this a year ago, but Fatal Frame: Maiden of Black Water is the first game in the franchise to be released in the West since 2005’s Fatal Frame III. And, one of the common complaints about the Wii U and Nintendo in general is that they don’t cater to hardcore fans. There’s nothing more hardcore than a survival horror video game, though. The game will follow Yuuri Kozukata who can bring people back from the shadow world while she helps a little girl find her lost friend in, basically, a haunted forest. The Japanese reviews state that the game is quite scary, which means a lot from that market since they’re pretty much the king of the horror genre. (It is an eShop exclusive, so you’ll have to buy it there).

Star Fox Zero will be Nintendo’s bread and butter title this fall, meaning that it’s the one that most Wii U owners will buy. As far as the slate of upcoming Wii U games is concerned, it’s easily the most popular title on the list. It’ll basically play like an HD version of Star Fox 64 with a few new mechanics. We’re perfectly okay with that.

Xenoblade Chronicles X was also released earlier in Japan. It’s developed by Monolith, who also developed a slew of other Nintendo titles like Splatoon, The Legend of Zelda; A Link Between Two Worlds and Xenoblade Chronicles. It’s open world, which is also something that’s not too common on the Wii U. The Japanese reviews call it a masterpiece and say that it has a “very high degree of perfection.” It’s definitely another game geared toward hardcore gamers, and we’re hoping it’s successful for Nintendo so that they’ll begin funding other hardcore titles.

Devil’s Third has certainly had a tumultuous development, but it’s finally going to come out on the Wii U just before winter starts. We’re not sure if this is a good or a bad thing really, but at this point the game just needs to come out in the West. Devil’s Third probably isn’t going to review well, given the early-release previews we’ve read. But it’ll undoubtedly provide an outlet for the hardcore gamers, and it generally looks like mindless fun, albeit simple, game. 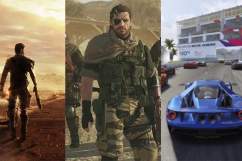 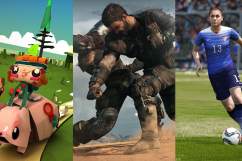