We’re hyped about what Microsoft is set to unveil at Gamescom 2015. And we know there’s ton of you out there who feel just like us.

Thanks to their strong showing at E3 2015, gamers are a bit more excited about what they’re ready to debut this time around. We know for sure that Xbox One exclusives such as Scalebound, Crackdown and Quantum Break will be shown off extensively during their showcase. Rumors are even swirling about a potential 2016 release date being announced for Microsoft’s trippy 3rd-person shooter. As far as announced and unannounced games that will be shown off, we’re interested in both prospects hitting that livestream.

Without further ado, here’s the official live stream presentation for Microsoft at Gamescom 2015. This Gamescom 2015 livestream officially kicks off on August 4 (Tuesday) at the following times: 7AM PT / 10AM ET. 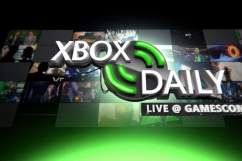