We never thought we’d see the day where characters from the DC Comics universe, Scooby-Doo and Back to The Future all end up in the same.

LEGO Dimensions is breaking down franchise boundaries and doing just that. Like Skylanders and Disney Infinity, this new foray into the world of toys and video games is full of familiar characters. You’ll get to take control of several LEGO-themed character and vehicles, which will be transported into the game’s many worlds via the Toy Pad. The list of collectibles tied to LEGO Dimensions is massive, so there’s going to be a ton of new faces and vehicles to play with.

There’s a lot of info regarding LEGO’s foray into the world of toys coming to life in video game form. Here’s everything you need to know about LEGO Dimensions.

1. A Mashup of Several Franchises Will Be Mixed Into LEGO Dimensions

LEGO Dimensions’ main plot is the vehicle used to transport a ton of recognizable characters into its world. Your main adversary will be Lord Vortech, an evil being who intends to rule the multiverse by discovering the Foundational Elements. In order to fulfill his diabolical plan, Lord Vortech opens the links to many worlds.

In the process, he recruits an army of villains to aid him on his mission. His actions disrupt the boundaries that existed between each world, which explains the fusion of each one and its many characters. Your starting cast of Batman, Gandalf and Wyldstyle are put to the task of helping other characters and bringing an end to Lord Vortech’s master plan.

Here’s a listing of the announced franchises that will pop in LEGO Dimensions thus far:

2. Players Will Utilize Their Real Toys and Vehicles to Impact The Game World

Once you get the Starter Pack bundle of LEGO Dimensions, you’ll get to hop into the stages of any franchise included within it. 14 levels will be included, with each one having four separate sub-areas for players to explore. Like many of the past LEGO games based on popular franchises and their characters, you can expect to run around in 3D environments while solving puzzles and collecting tons of LEGO studs.

On the vehicle front, the game will give players instructions on how to assemble them. Each physical vehicle you’ll get can be fixed into three different formations. The Toy Pad can be used to transport whatever characters and custom cars/planes/submarines you have in your arsenal.

3. The Starter Pack Will Transport You Into The Game’s Initial Adventures

The Starter Pack of the game is what you’ll need to enter its world. The full suite of collectibles you’ll get with this pack can be seen below:

4. Additional Level and Team Packs Will Be Released in The Coming Months

– Back to The Future: Comes with Marty McFly, the DeLorean Time Machine, a Hoverboard & “A Hill Valley Time Travel Adventure” level

– Doctor Who: Comes with the 12th Doctor Who, TARDIA, K-9 & “An Adventure in Space and Time” level

– Midway Arcade: Comes with a Gamer Kid, an Arcade Machine, the G-6155 Spy Hunter & access to over 20 classic Midway arcade games for play within LEGO Dimensions

– Jurassic World: Comes with Owen Grady, an ACU, a Velociraptor & a Gyrosphere

– DC Comics: Comes with The Joker, Harley Quinn, The Joker’s Copter & the Quinn-Mobile

5. New Fun Packs Are Also on The Horizon

Fun Packs are packaged with one new character and a new weapon or vehicle. Check out which Fun Packs you’ll be adding to your LEGO Dimensions collection real soon:

The Lord of Rings

The Wizard of Oz

Back to The Future

– Cyberman Fun Pack: Comes with a Cyberman & a Dalek 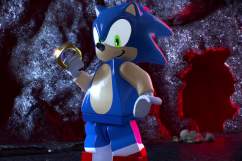 ‘Lego Dimensions’ Year 2: Everything You Need to Know

Read More
5 Fast Facts, Games, LEGO, Nintendo Wii U, PS3, PS4, Wii U, Xbox 360, Xbox One
A new contender is ready to step foot into the toy/game mashup race - LEGO Dimensions. Here's everything you need to know about it.