• Tap on the fast forward button in the bottom-left corner of the screen to enable auto-battle mode. In this mode, the computer decides the best way to deal with enemies. Note, however, that adrenaline rushes are used immediately when they are activated and the AI doesn’t always attack the enemy closest to you. Helpful Tip – You can still target specific enemies by tapping on them in battle, even when you’re in auto-mode.

• Check the daily missions tab and complete tasks to win cool prizes. If you complete all 6 missions you get a valuable bonus reward. These missions and prizes refresh daily.

9. Be Prepared to Overcome Challenges

• Before starting a battle, tap “Enemies” and “Challenges” to know what type of enemy will attack you and what difficulties you will face while attacking enemies. For Chokepoints and Dividers, you should have Alert or Tough characters in your team as they can use ranged weapons to hit enemies hidden behind obstacles. For Focused Damage challenges, take Replenish with you to battle as enemies will kill those first who don’t have high health. For Healing challenges, target enemy healers first. For Large Mob challenges, take with you battle items that can inflict area multiple enemy damage.

10. Focus on Specific Locations to Mine For Gear

• To find gear locations in The Walking Dead: Road to Survival, head straight to Menu > Inventory and tap on Gear. There you will find a list of items with location hints. Keep playing specific areas mentioned to maximize your chance at getting necessary gear to evolve your characters. 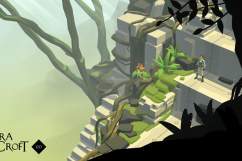