You like free mobile games and we certainly adore them, too.

If you’re an Android device user and you need some new games to help your train rides go faster, then we have a nice selection of titles for you. For the month of September 2015, a nice range of mobile releases made their debut on the Google Play storefront. If you’re into dungeon crawling RPG’s, cute match-three puzzlers or even galactic adventures, we have some great picks here for everyone and anyone.

These are our personal picks for the best free Android games for September 2015.

You’ll grow so attached to your mini-warriors after spending a few hours with Dungeon Boss. You’ll amass all types of heroes that range from melee focused barbarians to ranged characters that pick off baddies with their arrows. It gets pretty addicting as you hop onto a stage and clear out any beats that try to corner you. Once you take them down, you’ll get to duel with the big boss of it all. Not only does this game feature dungeon crawling, but it also gives you PVP tournament matches and your own dungeon to protect. Dungeon Boss gives you a ton to do. 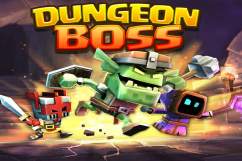 2015 is the year of Star Wars, without a doubt. This action RPG places galactic players in between the events of Return of The Jedi and The Force Awakens. You’ll attempt to take down the evil Empire with your custom hero and change the course of the galaxy. The multiplayer Sector Battles put you side by side with other like-minded players. Take your trusty blaster with you and clear out those damned Stormtroopers and more as you travel to familiar planets such as Hoth, Cloud City and more. This massive Star Wars adventure must be experienced before you check out the upcoming film.

Let's Play Pokemon Shuffle: Part 95 – A Junior AttemptGood day, Human Latiosites! Welcome back for some more Pokemon Shuffle! This time, we encounter a few more interesting Pokemon, like Mime Jr., Staravia, and Darkrai. We also use our first Mega Speedup! Next time, it looks like we'll be going after Darkrai once again! As always, like, comment, and subscribe. Thank you and enjoy!2015-08-22T02:01:48.000Z

If you’ve ever played Puzzle & Dragons, then Pokemon Shuffle’s gameplay should be a breeze to you. This match three puzzler makes you match up all those cutesy features of your favorite pocket monsters. You’ll do all of this while attempting to KO the Pokemon that’s currently facing you in battle. Your lil’ army of creatures will level up all the while and give you even more power as you solve more puzzles and defeat more Pokemon. This former portable 3DS exclusive feels right at home on Android platforms.

Dead Zone:Zombie War D­e­l­uxe – Gameplay AndroidDead Zone Zombie War D­e­l­uxe Android Gameplay HD [https://www.youtube.com/user/TouchNewGames?sub_confirmation=1] Description: Welcome to Dead Zone. After the deadly mutation virus escaped from the lab most of the city is turned into a Zombie City. You must do whatever it takes to retrieve the anti-virus and put a stop to the undead nightmare. They are recently found in all major city, the walking dead started to appear out of nowhere and terrorize the human race. Dive into the dead city and save the Human from the deadly zombies. Now you need shoot and kill all the zombies and recover the anti-virus. You must overcome your fears for survival and salvation in this reign of zombies. You have to walk through the road without being noticed by them and kill them with different weapons. [Download link];https://play.google.com/store/apps/details?id=air.com.joyfort.DeadZoneDeluxe&hl=en2015-09-26T04:30:44.000Z

Another virus has made its way out of the labs and turned everything in its vicinity into blood thirsty zombies. Dead Zone: Zombie War Deluxe has you fighting for your survival in the confines of a real-time strategy setup. You’ll build up your Dead Zone, unlock new pieces of powerful weaponry, train armies for battle and clear out the living dead that try to take your fort down. On top of defending your zombie-free base, you’ll also get to engage in some pretty intense skirmishes with other player armies. Clear out the undead that tries to wipe you out and survive for another day.

These annual Deer Hunter games are simple in nature, but oh so entertaining. This 2016 edition features a whole new lineup of big guns that can be customized to your liking. Some new wild animals endanger you, such as huge crocodiles. Like before, you’ll have to line up the perfect shot, keep a close eye on their weak points and go for the kill shot. There’s new outdoor areas to explore as you stake your claim as the ultimate hunter. DON’T LET THAT POLAR BEAR GET TOO CLOSE! Deer Hunter 2016 builds upon the greatness established by the last entries in the series. 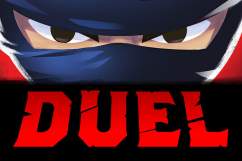 Read More
Android Apps, Android Games, Games, Mobile Games, Pokemon, Star Wars
We have a sweet lineup of Android mobile games that you can download free of charge from September 2015.