Here are the top five tips/tricks/cheats you need to know for Magic: The Gathering – Puzzle Quest.

1. The Basics Behind The Game

• If you’ve played match three puzzlers like this game before, then you should have a good understanding of how to approach Magic: The Gathering – Puzzle Quest. You’ll need to match up color coded icons on the bottom half of the screen in order to build up Mana. Your Mana is primarily used to put your cards into play. There are four types of cards – Attackers, Defenders, Berserkers and Support cards. Attackers deal direct damage to your opponent, Defenders absorb the hits that are meant to target a Planeswalker, Berserkers target Attackers and Support cards provide different status effects. You should always check your deck after you amass new cards. It’s smart to automatically swap in your more powerful cards when they’re available and take out your weaker ones. You can do this by heading to the Planeswalkers tab and clicking on “Quick Improvements.”

2. Make It a Habit to Play This Game on a Daily Basis

• Since this game is pretty awesome, it shouldn’t be hard for you to make time to play it everyday. Even if you don’t want to play a single match, make sure you pop open this game app anyways. Logging in on a daily basis will net your extra Runes and Mana Crystals. After logging in for five days straight, you’ll be gifted with a free five-card booster pack. The daily log-in awards tend to get better within a monthly period, so it really pays off when you make it a habit of playing. By the way, hop into a random matchup from time to time. If you take a loss, you’ll still be awarded with 50 extra Runes. Yeah, losing sucks. But at least you still get some currency for your efforts.

3. Take Your Time and Plan Out Your Moves Accordingly

• During battle, you can take your time as you plan out your next move and puzzle piece matches. The game usually points out the obvious matches if you take longer than usual to make a move. Pay attention to your deck formation and make some changes mid-battle if need be. Put up your strongest Attackers at the top of your deck or develop another strategy altogether. Change up your decks from time to time so you’ll eventually come upon a surefire group of cards that net you more wins than losses. Match up Planeswalker puzzle pieces so you can utilize their abilities as early as possible. Don’t rush things and you should come out on top more than usual.

• The more and more you battle, the more Runes you’ll accrue. Properly leveling up your current Planeswalker means you’ll have to spend some Runes on their progress meter. Your Planeswalker also gets stronger through battle, but you can immediately get them to their next level by tapping the yellow button under their illustrated avatar. Your Planeswalkers have abilities that usually mean the difference between a triumphant win or a disappointing loss. For example, Nissa’s abilities are Nature’s Bounty, Nature’s Gift and Nature’s Regrowth. Nature’s Bounty can be unlocked during the Tutorial chapter, Nature’s Gift can be unlocked at Level 14 and Nature’s Regrowth will become active at Level 26. Each Planeswalker you come across sticks to a specific element, which results in certain Mana bonuses and weaknesses during battle.

5. Do Your Best to Complete Those Extra Objectives During Campaign Battles

Modojo.com handed out some handy advice – try and complete the extra campaign objectives during story battles:

When you complete each level of the story campaign, you’ll find there are two more objectives for you to finish off. They might require you to finish a fight without using so many turns or taking minimal damage, or something of that nature. Conquer these objectives to get more mana crystals and experience tokens. It’s hard to do some of these things, but in the end you’ll find that you benefit greatly from doing so. This way you can save up precious resources in order to spend them when you’re ready to make use of those mana crystals. 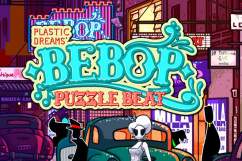