So we’ve covered the most revered games for all three major home consoles. Plus we made sure to show some love to the best portable 3DS releases. And now we’re ready to showcase our favorite mobile games of the year.

Picking only 10 of 2015’s best iOS/Android games was a daunting task, but we did our best to weave through the garbage and pick out the gems. Several well known gaming luminaries appeared in new mobile games, plus there were a good amount of original IP’s to become accustomed to. Lara Croft starred in a mobile take on her tomb raiding adventures, an infamous Pac-Man glitch got turned into an awesome infinite runner, we attempted to solve an intriguing murder mystery, plus we accomplished so many more varied goals across other titles.

Those examples and many more make up the bulk of the activities we did in the top 10 best mobile games of 2015!

There’s nothing quite like Her Story within the gaming landscape. This playable murder mystery doesn’t feature a AAA-game developed toolset, but that doesn’t hinder it one bit. What you do get is one main female character being investigated and the choice to research her many interviews with any key words you can think of. The live drama continually crescendos and keeps you on the edge of your seat. From the outside looking in, this game may seem like nothing more than a video watching simulator. But don’t pass up Her Story. Spend a few hours with it and you’ll wanna know what happened to a british woman’s missing husband more than anything else.

It was easy to see that DomiNations would be end up being one of the best strategy, world building mobile games of 2015. Legendary video game designer Brian Reynolds (Civilization II, Rise of Nations) and his team took us on a historic journey alongside civilization’s strongest nations. With real world armies to choose and grow with, it felt gratifying to follow the progress of your chosen nation over time. There was a ton of fun to be hand as we constructed Wonders of The World, laid waste to other armies with our Roman Empire and joined an alliance that ruled with an iron fist. DomiNations brought out our inner war general and now we can’t stop going to war! 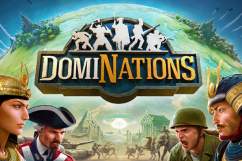 The infinite runner sub-genre has featured a long line of console gaming mascots. Sonic The Hedgehog is just one of the many animated gaming critters who’s hopped onto mobile devices. Ubisoft transported its lovable, no-limb having hero Rayman into a smaller game that looked just as good as their home console entries. Rayman Adventures was incredibly easy on the eyes thanks to the fine art design done with the UbiArt Framework video game engine. This game stood apart from other infinite runners by allowing players to switch directions, which gave everyone the option to find every treasure they may have run past. The series’ signature humor is on full display and the Incrediball creatures are too damn lovable. Rayman Adventures is the most visually pleasing and entertaining mobile infinite runner of the year. 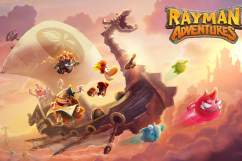 Implosion – Never Lose Hope brought the AAA-game elements seen in big console games to iOS/Android devices. This top-down action RPG made us feel like the ultimate killing weapon as we cut down humanity’s opposers within the all-powerful War-Mech series III battle suit. Racking up double-digit hit combos always felt awesome, so there was never a dull moment when it came time to clear out a room of baddies. The visuals shine the brightest and do a fine job of showing just how much better mobile games perform over its predecessors. XADA needed a swift dosage of severe hacking and slashing. This top notch mobile game lets you perform that task with reckless abandon.

When it came time to hop into a mobile game and fall into a more relaxing mood, Alto’s Adventure did the job. The gorgeous scenery and chill presentation of this snowboarding/skiing game usually made us fall into a trance. There was so much for us to do as we made our way through this game’s world – grinding rooftops, pulling off trick combos, saving runaway llamas etc. The soundtrack that played in the background of each stage stuck with us long after we completed all the challenges thrown our way. Alto’s Adventure presented a new take on snowboarding games that’s easy to digest for all gamers.