2016 is here and we’re one month down. January came and went pretty damn quickly, if you ask us.

We kept ourselves warm by playing a bunch of awesome mobile games on our Android-enabled devices. Most of the mobile Android games we hopped into were free of charge. Several of the free games we took a gamble on paid off. It was pretty easy to kill a few hours and enjoy ourselves thanks to these five games that took over our lives in January 2016. We headed into the world of one of our favorite Adult Swim cartoons, competed with our friends’ metropolitan cities and enjoyed some brand new RPG’s.

These are our bonafide picks of the five best free Android games that launched in January 2016.

So alternate universes do exist! Well, they’re totally a legit thing in Pocket Mortys. Rick and Morty find themselves in quite the harrowing situation. The only way to confront it head on is by engaging in turn-based RPG battles. These battles happen to involve you collecting all types of hilariously named Mortys that you capture as the insane scientist Rick. The Pokemon monster collecting formula is still going strong, which is why we found ourselves so addicted to a mobile game that adopts it and throws plenty of humor into it. Pocket Mortys is a fun RPG in its own right, but the source material makes it even more of a hit amongst Adult Swim’s loyal audience. 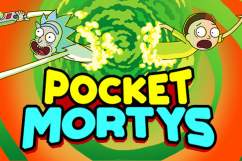 Queen Amethyst needs to be vanquished along with her evil minions. The wellbeing of you and the people of FellCrest lies in the powerful hands of past warriors, mages and more. BattleHand is the perfect mobile action RPG for those looking for some new medieval adventuring. There’s a vast amount of legendary heroes to build up your party and defeat big baddies. The addictive feeling you’ll get from this game is due in part to the great mix of character upgrading, large collection of trait-based cards, intense PVP encounters etc. This 3D action RPG hits all the right notes for would-be mobile gaming thrill seekers.

Downtown Showdown does things a little bit differently in the genre of city building simulators. Like most games of its ilk, you’re put in charge of developing a thriving city that’s big on income. It’s up to you to protect it from plenty of hazards, such as natural disasters and invading players. What makes this particular game so much cooler is the implementation of PVP modes that challenges you to build the best city as quickly as possible. These quick city building matches are the main attraction of this new release. The city infiltration missions and the option to call in city specialists also makes Downtown Showdown even more of a fresher take on the genre.

The next RPG on our list may look cute, but don’t make a judgment call based on that factor alone. Wonder Tactics is a highly entertaining RPG that’s deep and rewarding for those who invest plenty of time into it. Battles are conducted within 3×3 grid battles, where strategic maneuvering is key. With over 250 heroes to amass and five different character attributes to take into account, there’s a lot to learn as you go dungeon crawling and head into numerous battles. Evolve your party members, switch up your battle formations, defeat other players and come out on top in the wide world of Wonder Tactics.

The plot behind this RPG is so zany. So you’re planted within a world where animals have been given machine parts. As expected, this experiment goes awry and now you’re forced to wipe out the very Machine Beasts created by human hands. You’ll have to accomplish this goal by gathering an army of gorgeous Metal Maidens and fighting it out with mechanical raccoons, monkeys and more. Panzer Waltz’s visual aesthetics are purely based in anime, which is a plus to us. The 6v6 combat scenarios look great and there’s tons of character customization to tend to. Panzer Waltz deserves a look from fans of Japanese animation and RPG’s. 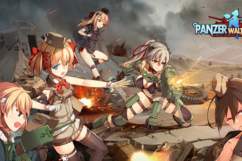 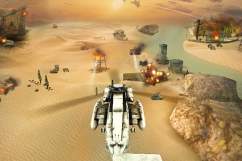