It’s been a good while since Nintendo’s loyal audience got to check out a new Nintendo Direct. We got tons of surprisingly awesome reveals for Super Smash Bros. Wii U/3DS, so we’re very much looking forward to a new one. This latest live stream event is dedicated solely to Pokemon, which is currently in the middle of celebrating its 20th anniversary. This planned live celebration makes a ton of sense since the original Pokemon Red/Blue/Yellow iterations are getting re-released on the 3DS on February 27, 2016. Chill out with us as we check in with the latest Nintendo Direct. There had better be a new Pokemon Wii U game announcement. 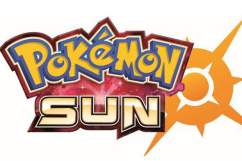 Pokemon Sun and Moon: 5 Fast Facts You Need to Know

Read More
3DS, Games, Mobile Games, Nintendo, Nintendo 3DS, Nintendo Wii U, Pokemon, Wii U
Everyone (including us) wants to know exactly what Nintendo is up to with their new Nintendo Direct about Pokemon. Check out the live stream event right here.