6. Use Up All of Your Arena Keys

• The arena is a great competitive mode which doesn’t require a lot of resources for participation. You get 10 arena keys for free each day (more can be gifted from friends), and each key is good for one battle in your arena group. In arena, you don’t lose troops or resources from battles – think of them as exhibition matches. Instead, you’re awarded medals for successful attacks and defenses, and are awarded loot at the end of the day based on how well you scored versus your peers. Keys are replenished each day, so remember to use all of them up to score the most medals possible!

• Conquest Mode is a nice single-player alternative to raiding. You’ll be marching your army across the vast world map, capturing computer-controlled cities along the way. Each city that you take yields some sizable loot on the spot, and also adds to the amount of free resources you get from offerings each day (think of it like tax money gained from all the cities under your control). But the world map isn’t static – every day some of your opponents might grow bold and take a city back. When this happens, it’s profitable to recapture it as soon as possible, because you’ll also earn the city’s entire loot hoard every time!

8. Complete Missions to Get Better Relics

• Relics are another important factor in your army’s power. You can earn them by sending your Gods on missions from your Astral Portal building. Relics can be equipped to improve your Gods, troops, and buildings, so don’t neglect those missions. Also, don’t worry about the availability of your Gods – even if they’re on a mission, they can still be used in battle. Eventually you can score some really powerful relics with incredible effects, like giving your Gods health-leeching attacks, increasing the range of your defensive structures, and much more!

9. Participate Weekly in the Alliance War

• Alliance War is the battle royale in which you work together with your whole alliance and take on another. The whole thing takes place over the course of a few days each week, and it doesn’t take a lot of time to participate. On the first day everyone donates troops that bolster the shields on your alliance cities – more shields mean more damage that a city can take before it’s captured. Over the next two days, each player can make a few attacks on enemy cities and wear down the shields until they fall. The alliance owning the most city points at the end is the winner, but even the losing side gets pretty sizable rewards, so always participate!

• In the donation phase of the Alliance War, every player can offer up 10 troops toward building city shields (a few comets will also buy more). The troops give shield points based on their supply size – the larger the unit, the more points it’s worth. Therefore, you’ll get the most out of your donations by sticking to the big guns. If you’ve progressed far enough to have access to Minotaurs, they’re worth a whopping 25 points! If you’re still in the earlier stages of the game, Paracletes and Einherjars are the next best bets at 10 and five points, respectively. 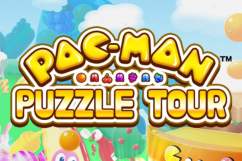