Any longtime gamer with a history of PC gaming should be filled with memories at the mention of Doom. The 90’s ushered in a golden era of sorts for video games, especially for the genre of FPS’s. id Software helped pioneer a certain sector of gaming that’s evolved over the years.

It’s been while since we’ve had the chance to pick up our BFG and blast some vile demons in the face. Doom 3 came out all the way back in 2004, which means the series is overdue for a revival. With the power of current-gen consoles, the reboot simply known as DOOM will look even more gory and horrifying than ever before. Fans can look forward to the gameplay they’ve come to know best, plus some new features that bring the game’s brutal nature to a whole ‘nother level.

You’ve probably hopped into the open beta already and experienced what DOOM has to offer. Before it officially launches, let us provide you with an even better look into May 2016’s most vicious shooter.

1. The Single-Player Campaign Will be Intense and Far From Short

DOOM’s single-player campaign will once again place you in the boots of a lone Marine. You’re sent on a mission to the Union Aerospace Corporation’s research facility located on Mars. Whatever the scientists were actually researching there had to be tied to some ancient evil because the facility is overrun with demons. It’s up to you to equip an arsenal of iconic weaponry and discover character upgrades as you face off with Hell’s savage denizens.

Old school mechanics are tied to your progress, such as locating health/armor power-ups instead of waiting behind cover for it to refill. You’ll be able to brutally destroy your enemies with close-up melee kills, which awards you with extra ammo and health/armor refills. You won’t have to worry about breezing through DOOM’s campaign; id Software announced that this mode will take more than 13 hours to complete. For an even deeper look into the best features behind this campaign, check out the video posted above.

2. The Game Will Include Six Multiplayer Modes at Launch

Once DOOM officially lands in your grasp, you and the rest of the game’s online community will be able to hop into six different multiplayer modes. Those modes have been confirmed to be Soul Harvest, Freeze Tag, Warpath, Clan Arena, Team Deathmatch and Domination. Soul Harvest is sort of like Call of Duty’s Kill Confirmed. Players need to kill their foes, gather their souls for points and collect their team players’ souls to stop the other team from scoring. What makes this mode even more special is the added factor of the demon rune.

The first player to get killed in this mode will drop one on the map. Whoever picks it up will transform into a powerful demon, which allows you to kill enemies and yield two souls instead of one. This demonic form has no time limit tied to it, which really makes the player who takes on that form even more of a threat.

Freeze Tag is a mode where players who get shot too much freeze in place. Their allies can unfreeze them, but the opposing team can push them around the map by shooting them and causing them to shatter. The winning team is the one that freezes the entire rival team. Warpath challenges two teams to fight to take total control of a single capture point on the map.

If you’ve played King of the Hill, you know what to expect here. Along with Team Deathmatch and Domination, Clan Arena offers up a more hardcore team elimination experience where power up’s won’t be available. You’ll be able to check in with these modes at launch with nine starting maps. 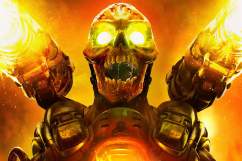 3. You’ll be Able to Create, Share and Play Custom Made Maps with the SnapMap Tool

Back in the day, the series’ community discovered a way to create their own playable maps. DOOM will include that mode as a central part of the game and allow everyone from beginners to experts to do the same. This simple level editor lets you snap all types of level elements together in order to develop one’s own stage. Along with that element, you’ll also be able to customize your enemies’ AI behavior and create your own game modes. Not only will you able to play through your own stages, you’ll also get to share them with other players and download their creations as well.

4. There’s Two Editions of the Game, Plus Some Worthy Pre-Order Bonuses

The revival of DOOM is being marked with the release of a very special Collector’s Edition. This version of the game comes with 12-inch tall Revenant statue and a special steel case. Pre-ordering this version or the Standard Edition of DOOM will grant you access to the “Demon Multiplayer Pack.” This DLC deal comes with one Demon-themed armor set with three skin variations, six Hack Modules, six metallic armor paint colors and three id Software logo patterns that can be tagged to your weapons and armor.

5. The Season Pass Will Bolster the Game’s Content Suite Starting This Summer

DOOM’s Season Pass is set to bring along with it a wealth of extra content. Starting this summer, gamers can expect to download extra maps, weapons, playable demons, armor sets, equipment, hack modules/taunts and customization colors/patterns. Three premium multiplayer DLC packs will be tied to the entirety of the Season Pass’ content offering. id Software has also promised to add free DLC over time, such as new SnapMap features. The first DLC pack (which arrives this summer) will come with three maps, one new firearm, one new demon, one new set of armor, one new piece of equipment, new hack modules/taunts and new customization colors/taunts.