We’ve played through a collection of awesome free games that hit the Google Play storefront in April 2016. And we also took the time to focus on some new mobile games that flourished in the action genre.

When the dust finally settled, we emerged from it with one thought in mind: five of those games we just discovered are awesome. These new Android action games took us into a mystical universe that looks just as amazing as it plays. We ventured into the long-running Warhammer franchise in a new game, hacked n’slashed as a hero named Naro and also experienced some other worthwhile action titles. These games stand above the rest of the pack of titles that arrived in April 2016.

Prepare to add these new action games to your download queue. You’re going to be quite pleased with the best new Android action games we’re recommending to you with this list.

My, my, my…mobile games have come a long way if we’re strictly talking about graphics. EvilBane: Rise of Ravens just looks amazing at first, second and even third glance. This action RPG offers up a worthwhile adventure that does right by the hi-def visuals it’s been given. There’s tons of loot to collect, team raids to involve yourself in, numerous dungeons to plunder, PvP arenas to challenge yourself in and a near infinite amount of guilds to align yourself with. EvilBane is a console-worthy game that’s been perfectly adapted into a fine hack n’slasher for mobile devices. 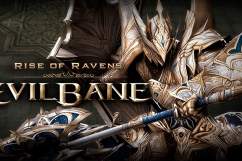 The Warhammer 40,000 franchise has been going strong for so long. It’s done great in the board game, console game and PC game realms. And now it’s making some headway in the world of mobile gaming. Warhammer 40,000: Freeblade lets you live out the fantasy of commanding a huge Imperial Knight. As you make your way across Tarnis, you’ll use your war machine to launch missiles and unleash devastating finishing moves on everything that moves. This game is another selection on our list that features some impressive visuals. The anarchy that occurs onscreen is a sight to behold. With so many single-player missions to enjoy, you’ll have plenty of time to blow up and slice every enemy that crosses you.

Star Knight goes against the trend of super easy mobile games. This action adventure release doesn’t look to hold the hands (or fingers) of gamers. On the planet Gaon, you’ll need to fend off all sorts of monsters as the powerful hero Naro. The beautiful art style will attract you and the amazing gameplay will certainly keep you. The challenge factor gradually increases, so this pick on our list is ready made for gamers who enjoy something tough to endure. You’ll dodge environmental hazards, amass new types of weaponry and even cut through hordes of baddies in arena mode. Star Knight is a game that’s pleasing on the eyes and definitely worth your game time.

4. Forged in Battle: Man in Arms

Based on the hit web series Man at Arms: Reforged, this melee filled game is full of grit and steel. Forged in Battle: Man in Arms puts you in direct conflict with Lord Vandhar and his destructive army. You’ll move along the battlefield and lay waste to your enemies with your varied weapons and cool special abilities. As you conquer each stage, you acquire the elements needed to improve your armory. You’re responsible for forging your weapons and we mean actively responsible. The cool minigames you’ll participate in lets you morph into a swordsmith and create the tools needed to save the world.

Dan Bilzerian lives the type of life we love to scroll through on Instagram. He’s a rich, suave guy who also happens to be a chick magnet. In his own mobile game, those chicks are transformed into vicious zombies that are hungry for nothing for brains. Save Dan is a mobile 1st-person shooter that gives you the task of wiping out the zombie apocalypse with your weapons. Some of the cooler assists that can help you out includes calling on your Bullet Time ability to slow down time and line your shots up better. There’s three levels of zombies to take down, so the difficulty level gradually increases and keeps you on your toes. Keep Dan alive and tear down the undead by any means necessary. 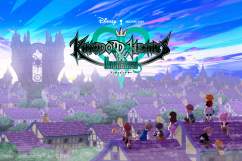