April showers is a saying that always rings true. A whole “flood” of awesome new free Android games dropped and they were very exceptional.

One of the themes that’s apparent for this month’s lineup is Disney. The House of Mickey Mouse came out of the woodwork with a nice array of new mobile titles. One’s based on their Square Enix RPG collaboration series, one adopts board game aspects and another one does a crossover with an addictive road crossing series. For the non-Disney fans, there’s two RPG titles we have here for you to play. If you’re a Tales of… follower or you need a new action-packed dungeon crawler, we got something here for you all.

So here’s our picks for the top five best new free Android games of April 2016.

Kingdom Hearts 3 seems so much farther away. Square Enix has their sights set on making Final Fantasy XV and Final Fantasy VII Remastered right now, so Sora’s next console adventure has to wait. Luckily, mobile gamers can hop into another side adventure that’s full of battles against the Darkness with your trusty Keyblade. The battle gameplay is turn-based, so you have to set up your special moves and upgradeable medal assist attacks. The story is actually worth paying attention to, plus there’s plenty of familiar Disney and Final Fantasy characters wandering around. Having your own custom Keyblade master on deck makes this new adventure even more of an incredible experience.

We’re gonna stick to the RPG genre here. This time, we’re here to dedicate some much needed appreciation towards a mobile edition of Bandai Namco’s popular JRPG series. Tales of Link groups up an all-star roster of the series best characters and throws them into massive battles. You’ll be able to create your own party of nine warriors and delve into some fast-paced encounters. And don’t worry – there’s an actual plot behind all the fun gameplay being delivered to you. Oh and for all those fans out there who love the franchises use of varied costumes for its characters? Don’t worry, that feature’s included here too. Tales of Link is a great representation of the series on mobile. 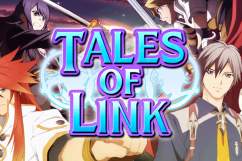 The original Crossy Road became something of a phenomenon. It’s pretty clear that Disney took notice because now we have this crossover project to enjoy. Disney Crossy Road lets you accomplish a number of fun tasks with Mickey Mouse and his wonderful batch of popular buddies. Donald Duck, Buzz Lightyear, Wreck-It Ralph and several other characters get to hop across Disney-themed stages such as The Lion King’s Pride Lands and The Haunted Mansion. While you brave the natural elements of each stage, collect all types of goodies and dodge dangerous obstacles, there’s some familiar Disney tunes to jam out to.

Tome of the Sun is another quality mobile action RPG worth falling in love with. The Shadow World’s most fierce denizens were once kept in check by the aforementioned object. Now that it’s been lost, it’s up to you to get down to business by reclaiming the lost object and defeating all types of baddies. The battles can get pretty extreme since your heroes, their crazy abilities and battle pet assist attacks are all a part of the field. There’s so much to enjoy here: a story mode, special in-game events, PvP/Co-Op/Clan Wars, lots of character customization features etc. Tome of the Sun is one of the newer RPG’s you’ll sink hundreds of hours into. 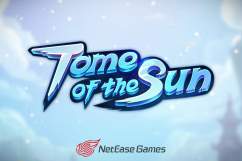 Our final selection is another Disney branded release. And this time, it heads into board game territory with Disney Magical Dice. It’s a digital rendition of Monopoly that features custom avatars with Disney costumes, nostalgic franchise landmarks, special power-ups and more. The addictive nature that comes from this game will soon take over you thanks to the 4-player competitive multiplayer game mode. All that board game action tends to get even more intense as you take it from the living room table to your mobile device. Disney Magical Dice is a cute digital board game that has just the right amount of challenge for older gamers to appreciate. 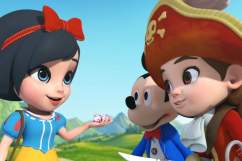 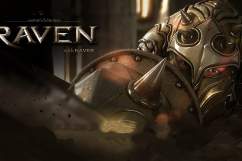