Note: the official reveal trailer for Battlefield 1 can now be seen below.

Is a coincidence that a new Battlefield reveal live stream is happening during the same week as a Call of Duty one? Maybe, maybe not.

But in the end though, we’re just grateful to get any type of information on these two biggest military FPS franchises. Electronic Arts and the developer of such a revered series (DICE) are gearing up for another entry. Rumors have been swirling around that this next installment will take players into the skirmishes that defined World War I. The world premiere teaser trailer that you can see above features some amazingly lifelike visuals, so we know you’re all stoked. We hope this live stream reveal gives us a 2016 release date to look forward to.

Stand by as we all check out the latest Battlefield during this official live stream event. 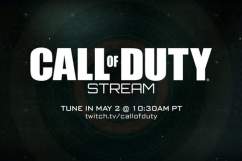