For those who have spent hours mastering the trickiest combos there is to know from Guilty Gear Xrd -SIGN-, news of an update for the fighter shouldn’t have come as a shock. What is surprising is just how huge the latest iteration truly is. Guilty Gear Xrd -REVELATOR- far exceeds its previous installment by making much needed balance adjustments and adding a respectable number of old/returning characters. This is the most definite way to experience the heavy metal inspired, intense action present in the new Guilty Gear Xrd series.

Longtime fans will be overjoyed to see the return of two beloved veterans: Johnny and Jam. They’ve been perfectly recreated for their big jump to the current age of Guilty Gear. Johnny is still a slick swordsman who still flicks out coins and unsheathes his sword for some swift slashes. Jam hops back into the fray with her vicious melee repertoire that’s perfect for rushdown-minded players. Not only do you get access to those returning characters, some new faces make their presence felt. Jack-O’s offense mixes up the use of minions with her powerful mid to long-range attacks. Kum is a powerful tank who’s attacks rival those of the massive Potemkin. One of the more shocking appearances is Raven, an immortal badass who’s long existed in the background of the long-running series plot. With the arrival of Dizzy in the near future, players will have a wealth of new character options to become accustomed to.

Heading into battle is still a super hyper affair. This time around though, newcomers will have an easier time adjusting to the game’s deep mechanics. The new Tutorial Mode employs some fun commentary and challenges that will help you graduate from a novice to tourney hopeful. The new Stylish Mode option lets you dish out fancy combos just by tapping one button, which should help beginners get in on the action without feeling too dismayed. Veteran players shouldn’t worry too much about contending with this option too much since Stylish Mode fighters take more damage than players without it. The balance adjustment list is long and varied for each fighter, so everyone who’s making their way over from -SIGN- will get adjusted to all those changes in no time. -REVELATOR- makes the appropriate changes needed to keep its player base satisfied.

The amazing anime-esque visuals are still a pleasure to see in action. Older stages have received a welcome facelift, older characters sport new maneuvers and the cutscenes featured in Arcade/Story Mode are still gorgeous. After you play all the way through Arcade Mode and get to the deeper part of the plot, you’ll once again be forced to watch and not play a thing during the heavier Story Mode portion. Don’t get us wrong – the Story Mode’s voice acted segments not only sound great, but they look incredible. It’s just a chore to sit through a ton of different parts and not have the option to play out some of the more climactic character encounters. If another update ever comes along, it would be nice to have the chance to play through such a deep story on par with Mortal Kombat’s epic tales.

This is truly one of the best updates to a recent fighter we’ve ever played. Guilty Gear Xrd -REVELATOR- freshens up the roster with an array of returning characters and new warriors. This iteration is much kinder to incoming players thanks to the strong Tutorial Mode lessons and beginner friendly Stylish Mode. And visually, this 2nd installment of Guilty Gear Xrd action looks even more glorious across each battle and cutscene. It’s still disappointing to still have to sit through a long winded plot that doesn’t have any playable sections. The Arcade Mode offers up a nice mixture of playable battles and plot developments, but it’s strange to see that Jam doesn’t have cool cutscenes of her own. Nevertheless, Guilty Gear Xrd -REVELATOR- does an amazing job of keeping its frantic franchise fresh. 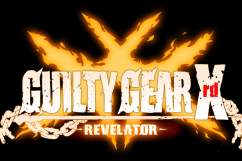 Read More
Fighting Games, Game Review, Guilty Gear, PS3, PS4
Guilty Gear Xrd -REVELATOR feels like an entirely new sequel, but it's more of an update that makes its predecessor so much better.