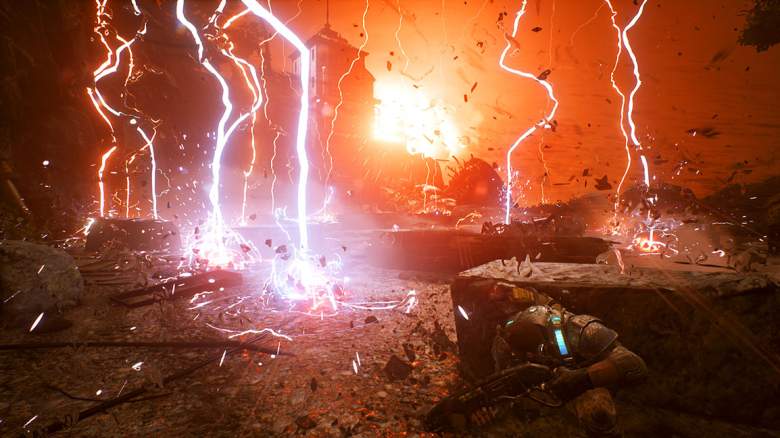 The latest installment in the ‘Gears of War’ franchise will be released this October. (Microsoft)

As evidenced by Microsoft’s most recent E3 conference, 2016 should be a solid year for the Xbox One. We have tons of potentially great titles headed to the console this year, including several that are exclusive and that will introduce us to brand new franchises.

In addition, this year will likely bring some new Xbox One owners in, as many series’ are returning with sequels and Microsoft just announced a new slim model that may entice non-owners.

Here are some of the games Xbox One users should look out for in 2016.

Dead Rising 4 is the zombie-apocalypse-survival-Christmas-story we never knew we needed. The latest installment in Capcom’s horror franchise received a full trailer at this year’s E3, and it looks spectacular. For whatever reason, much of the game seems to revolve around Christmas, with the footage being set to Jingle Bell Rock and with Frank using candy canes to slaughter zombies. Sure, why not?

We don’t know much about the story yet, but it appears that Capcom has gone completely insane with this iteration of the game, opening up a bigger and wackier sandbox for us to play in. It also sounds like Capcom intends to introduce some fantasy elements to the franchise; IGN reports that at one point Frank gets an exoskeleton power-up that essentially makes him a super-powered being for a brief period of time.

Possibly the best news of all is the fact that the game will include 4-player co-op, and hopefully it won’t skimp out on local multiplayer like so many modern games do. Dead Rising 4 does not have an official release date, but it’s expected to launch in time for the 2016 holiday season.

Dead Rising is not the only classic Xbox 360 franchise returning on the Xbox One this year. There’s also Gears of War, which is preparing to launch its first numbered sequel in five years. Taking place 25 years after the elimination of the Locusts, in Gears of War 4, we discover that powerful windstorms have been sweeping across the planet of Sera. In order to protect the last remaining humans, walled-off cities are created, but not everyone agrees with this new way of life. Players control the son of Marcus Fenix, who must follow in his father’s footsteps and protect the planet from a new threat.

As was the case with the previous editions, the multiplayer is a huge part of why Xbox One owners are looking forward to Gears. Many new weapons have been introduced including something called a Buzzkill, which is used to launch sawblades at your opponents. It recently came out at E3 that for Horde mode, not everyone in the server must own a map in order to play it. As long as the host bought the DLC, you’re good to go, which is a pretty nifty feature.

Gears of War 4 launches on October 11.

One of the new IPs headed to Xbox One this year is ReCore, brought to you by the team behind Metroid Prime. The game follows Joule Adams, a young woman from Earth who travels to the desert world of Far Eden in hopes of establishing a new home for mankind. The planet was to be a place where humans and robots could live together, but when Joule wakes up from cryo-sleep, she discovers that these “Corebots” have gone rogue. Now she must work with a robot companion, Mack, to explore Far Eden and unlock its secrets.

The game has been playable on the show floor at E3 this year, and it has been getting positive reviews so far. One of the stranger things about it is that Microsoft will be debuting the game at $40, according to US Gamer. Why? Apparently, this is a deliberate move on the part of the developer to get the game in as many hands as possible.

“One of the things we’re trying to do is reach a broad audience,” the game’s producer, Mark Pacini, said. “I think that, coupled with the Xbox Anywhere initiative, the price is a great way to get it into more people’s hands. We feel that it’s a great value.”

Sea of Theives might end up being the best pirate game ever made. The new title from Rare is focused heavily on cooperative multiplayer, with five gamers working together on one ship to take down fellow pirates. The game looks surprisingly tough and really requires everyone on the team to coordinate with one another if they hope to control the ship. It’s a shared-world experience, meaning that as you navigate the world you’ll be running into other players on their own adventures, according to Kotaku. And while you technically can play the game yourself, this isn’t recommended.

“It’s better to play with other people, but I don’t mean that mechanically. It makes sense in the world,” designer Mike Chapman told Venturebeat. “If I have a bigger group, I can control a bigger ship. I can man more cannons. I can repair at the same time that someone is on the wheel. You’re gonna be a little bit more limited when you’re on your own, but not because we’re limiting players.”

Sea of Thieves does not yet have a release date, but it will hopefully be completed in time for the 2016 holiday season.