Trion Worlds has churned out plenty of quality PC games (Devilian, Trove and Rift immediately come to mind). Their next project will give fans of PvP strategy games another title to become masterful at.

Atlas Reactor is a wonderful combination of several standout games. It features the cartoony cel-shaded visuals of Borderlands, the arena-based battles MOBAs are known for and the turn-based gameplay of XCOM. The game’s Alpha and Beta periods have allowed curious gamers to see if this formula actually works. The positive response to the game’s Early Access period means it definitely has. Atlas Reactor will keep you on your toes and always on high alert as any battle’s circumstances constantly change up.

If you’re still on the outside looking in, allow us to bring you into the fold. Here’s everything there is to know about Trion Worlds’ Atlas Reactor.

Atlas Reactor’s gameplay is a super competitive PvP arena battler where every character takes their turn and moves around the board simultaneously. You’ll decide on what type of action you’d like to make during “Decision Mode,” which is then followed up by seeing what your decision lead to during “Resolution Mode.” The abilities/phases available to your chosen character are the “Prep Phase,” “Dash Phase,” “Blast Phase” and “Move Phase.”

The Prep Phase allows you to set up traps, activate buffs and bring up shields. The Dash Phase lets you quickly dodge and charge across the battlefield. The Blast Phase is where you can bring up your best normal/knockback attacks. Each Freelancer can pull off special abilities/attacks that only they can do, too. You can choose to perform one of the phases during a turn and decide where you want to move to by repositioning yourself during the Move Phase. It’s possible to transport yourself and hide behind cover or go invisible on special tiles.

2. The Characters are Known as “Freelancers,” Who’re Split Into Three Classes

The roster of characters you’ll choose to play as are dubbed “Freelancers.” These animated fighters are each tied to one of three different classes: Firepower, Frontline and Support. Firepower characters dish out the most damage, Frontline warriors can defend and absorb the most damage and Support specialists mostly heal and protect their allies from harm. As you become accustomed to your favorite freelancer, you’ll level them up and unlock new costumes, abilities, taunts and more.

Check out the listing below to see the full offering of Freelancers and what character class they belong to (click on any of their names to read their full description):

3. A Few Maps Have Been Revealed Thus Far

Players who have hopped into the game’s Beta phase have already participated in some explosive battles on a few maps. The stages that have been released so far includes Atlas, Flyway Freighter, Cloudspire and Evolution Solutions Labs. All of these maps provide ample protection through the use of wall cover, while some of them either incorporate wide-open battlefields or close-quarters stage setups.

4. Taking Part in Seasons Allows You to Progress Even More and Get Into the Game’s Story

As soon as you reach Level 10, you’ll get the chance to get into the game’s “Seasons” mode. Participating within Seasons will help your progress even further and also unlock a handful of rewards. You’ll need to play through a particular Season as much as possible so you can be granted collectibles, such as item crafting materials, season specific banners, emblems, chat emojis etc. The Season Story Mode will throw you into several challenging situations that test your mettle. Completing a chapter also brings you rewards and leads you to the next portion of the campaign.

5. You Can Become an Early Supporter of the Game by Buying One of Three Editions

Atlas Reactor can be accessed through Steam’s Early Access program. For those who’re interested in delving into this still-in-development title, there are three ways to do so. Check out the game’s three available editions below to see what comes with each one (hit up this link to go directly to the game’s purchase page):

2. Freelancer Edition (includes everything listed for the Atlas Edition and More)

3. Trust Edition (includes everything listed for the Freelancer Edition and More) 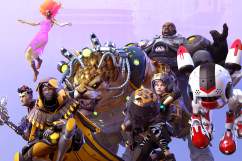