Will Niantic increase the speed limit for users trying to hatch eggs in incubators? Frustrated Redditors who want to hatch eggs faster point to the fact that bicycles are used in the console Pokemon games. Niantic, the creator of the mobile game, has put a limit on the speed you can hatch eggs at. It is not public knowledge what the speed cap is, but most modes of transportation beyond walking are out of bounds with the exception of a few cheats and hacks.

The speed limit has upset many players. Redditor Alsender_118 writes:

I went on a long ride today. Slowly crept my way along, riding at an overly leisurely pace. Took a break to sweep through town for pokémon and pokéstops. Continued to make my way at a slow but deliberate pace to the next town. Kept the app open the whole time on my phone rack, watching my avatar continue his little jog with me. When I decided to check my egg progress, however, I noticed that neither of my 5km eggs had hatched, and my game only logged >3km for the day. So I checked google maps to see how far I’d gone. I’d gone approximately 21km, and pokémon go only counted 3 of them!! And worst yet, I wasn’t even enjoying myself going that slow! Niantic’s speed limit is WAY to harsh in my opinion.
At this point I got really pissed with server disconnects, frozen pokéballs, Abra’s that were too hard to pin down, and kilometres that refused to log, so I closed my phone, kicked up the speed and decided to forget about pokémon go for the time being and properly enjoy a bike ride for once this week. I for one wholeheartedly agree that something needs to be done to make the app more bike friendly. 30km/h (18mph) seems like a good cap to me.

Other players seem to agree that something around an 18 mph speed cap would benefit them, as it would be too slow for users to cheat using cars but fast enough that users can hatch eggs in a quicker timeframe. But if Niantic heeds this call is anyone’s guess. 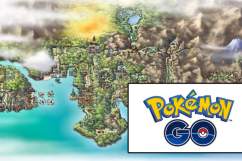 When Will Johto Region Become Available on ‘Pokemon Go?’

Read More
Nintendo, Pokemon, pokemon go
Will Niantic increase the speed limit for users trying to hatch eggs in incubators? Frustrated Redditors who want to hatch egg faster point to the fact that bicycles are used in the console "Pokemon" games.