Pokemon Go players stormed Central Park on Friday evening, with many stopping their cars to get out and try to catch a Vaporeon.

In Pokemon Go, the new free-to-play mobile came from Niantic, players must explore the real world in order to catch Pokemon, and some of the rarer species only pop up occasionally. Vaporeon is a somewhat uncommon Pokemon, and so when it showed up in Central Park, everyone in the area could see it on their map, and they all immediately joined the stampede.

In the video, dozens upon dozens of people can be seen rushing to catch the Vaporeon, with one man even leaving his car running while he tries to go catch up with everyone else.

This video shows what might be the craziest crowd of Pokemon Go players yet, but it’s hardly the first of its kind. Tons of clips have been posted on YouTube recently showing players rushing into public parks and other areas in an attempt to catch them all. Niantic hoped gamers would leave their houses and have a communal experience with other gamers with Go, and they have certainly succeeded at that.

So how many people are playing this game, exactly? As you would imagine from this video, quite a bit; the game now has 21 million daily active users. This makes it the biggest mobile game in history in the U.S., and in recent days, smartphone users have spent more time in their Pokemon Go app than on Facebook or Twitter.

In addition, 10 percent of all Android phones have downloaded Pokemon Go. That means more people have installed the game than the Tinder dating app. 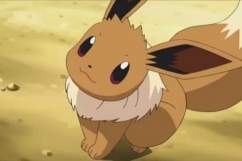 ‘Pokemon Go’ Data: What Is the Most-Wanted Pokemon in Each State?