There’s a lot of confusing information out there about Pokemon GO bans, especially surrounding the subject of soft bans vs. permanent bans. How do you know if you’ve been banned on Pokemon GO? How do you know if your ban was a soft ban or a permanent ban? Is there any way to end a ban early? We’re sharing all the information that we know so far. If you’ve learned any additional tips, let us know in the comments below.

Pokemon GO players have been noticing for a while that Niantic is “soft banning” (temporarily banning) players whose GPS action looks sketchy, such as if it appears that you’re moving too fast in the game. If there’s a possibility a player might be spoofing their GPS, then they may find themselves soft-banned. Although Niantic hasn’t officially commented on this, the circumstantial evidence seems pretty strong.

You may be temporarily soft banned if you find that you can’t interact with elements in the game. For example, you may be soft banned if Pokestops spin but nothing happens and they remain blue, if you can’t spin Pokestops at all, or if you throw a Pokeball at a Pokemon and it hits, but the Pokemon simply doesn’t respond. Players on Reddit have noted that this often happens if your GPS seems off, such as if it appears that you’re traveling too quickly and might be using a GPS spoofer.

The soft ban is similar to a “speed lock” system that Ingress had set up, which applied anyone traveling faster than about 37 mph between events. If the distance between two actions required someone to travel faster than the “speed lock” speed, that second action would fail.

On Reddit, Pe5xg1ft wrote that he got one of the temporary Pokemon GO bans when traveling on a plane:

Was playing at the airport got on a 4 hour flight, logged back on once I landed and banned. The ban just prevented me from using pokestops and catching Pokemon, it lasted about an hour.”

The problem with identifying whether or not you’ve been soft-banned is that server connection issues and other game glitches can look just like a soft ban. For example, if you leave your phone alone for too long, it may temporarily lose connection to the server and not register the next spin that you try. And not all players are soft-banned when they travel fast in the game. So the ban isn’t consistent.

The good news is that soft bans are temporary. According to Pokemon GO trainers, a soft ban can last anywhere from just a few seconds to a few minutes or a few hours max.  Redditor iamjli and others reported that spinning a Pokestop 40 times can sometimes “unban” a temporary soft ban early, but this might just be coincidence if the soft ban is temporary.

However, if you receive a soft ban because you appear to have played too much (such as catching too many Pokemon in a day or week or spinning too many Pokestops), then you might get a softban that acts that same but can last 24 hours or more.

Many trainers believe that shadowbans could also exist. If you use a modified client to log into the game (which could mean you’re spoofing apps) or access the game through an unauthorized third party app, like an IV checker, you might get shadowbanned. This would mean that evolved Pokemon and some unevolved Pokemon simply stop spawning. This may last one to two weeks.

The same usage might also result in a temporary one to two month ban with the same effects (Pokemon not spawning, etc.) In some cases, accounts are permanently banned, but Niantic should send you an email if this is the case.

Even If You Get an Email, It Doesn’t Mean You Were Perma-Banned

There’s a lot of misinformation floating around about permanent bans. What we do know is that Niantic is planning to ban some accounts permanently for violating their terms of service. This may happen for doing things such as falsifying locations, using emulators, unofficial software, or accessing Pokemon GO backends through third-party software, according to Niantic. For example, they might have used a GPS spoofer or a bot to run the game while they weren’t actually using it.

However, not every player who is currently reporting that they have been banned is actually permanently banned.

Some players are reporting that if you’re banned, you’ll see an error that says something like “failed to get game data from the server.” However, this error message can also show up if there are server problems. You can check Pokemon’s server status here to see if your issue is server related.

Redditor Nachtbeest23 reported receiving an email from Niantic explaining that his account was permanently banned for violating the terms of service. If you think you might be banned, check your account’s email for a message from Niantic. You can see the letter here. (Note: This particular email has not yet been confirmed as authentic by Niantic. However, Niantic has sent similar perma-ban messages to Ingress players in the past, so it’s likely they will do the same for permanently banned Pokemon GO players.)

Meanwhile, players who think they are banned and appeal it at Niantic’s page here will receive an automated response that appears to confirm the ban. However, this email appears to be sent to everyone who fills out an appeal form.

For example, Redditor MrTopHat7 reported here that he received the following email:

If you can’t read the image above, it reads:

Trainer, We have received your appeal. Our goal is to provide a fair, fun and legitimate game experience for everyone. Use of any other third-party software or app, including but not limited to scripts/apps, applications used to falsify your location, using emulators, modified or unofficial software and/or accessing Pokemon GO clients or backends in an unauthorized manner is considered cheating. Please consider your account permanently terminated unless we reply back to your appeal. -NianticOps

After going to Reddit for help, he discovered that his account was not banned, but instead he was experiencing a glitch that some are referring to as an “endless login.” He fixed the problem and can now play Pokemon GO again. To find out how to fix the issue, see our story here.

Essentially, it’s really difficult to tell right now if a player has been permanently banned. If you can’t log into your game but you haven’t gotten an email, try again in a few hours or in a day. Some players are reporting that certain soft bans are lasting longer, up to 24 hours. If nothing works, you may need to try the “endless login fix.”

If you think your account was banned, you can appeal it at Niantic’s page here. Just remember that you will likely receive an automated response that appears to confirm the ban.

If you want to play again despite the ban, Redditors are reporting that the bans appear to apply to specific accounts, not IP addresses or phones. So you can always try creating a new account.

Have you been banned? Let us know in the comments below. 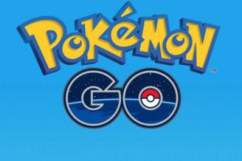 Read More
iPad Apps, iPad Games, iPhone Apps, iPhone Games, Mobile Games, Pokemon, pokemon go
Worried that you were banned on Pokemon GO? Find out how to tell if you really were banned, and the differences between a soft and a permanent ban.