The #Battlefield 1 Beta starts on August 31, and Battlefield Insiders get in the day before. Get ready. pic.twitter.com/4fjNRjHWB1

The Battlefield 1 open beta will begin today for a select few players.

Officially, the beta begins tomorrow, but if you signed up to become a Battlefield Insider and selected your platform of choice (Xbox One, PS4, or PC via Origin) by August 21st, you should receive a beta code via e-mail at some point today. If you’re not eligible to play today, you won’t need a code for access to the beta tomorrow; it will be available for download in the corresponding store for each platform. If you plan to play on Xbox, you’ll need an Xbox Live Gold membership. There’s been no word yet on when the beta will end.

The beta will feature the Sinai Desert map, which the official site describes as “a scorching hot battlefield located just East of El-Jifar”. There will be two game modes available, Conquest and Rush. Conquest is a fan-favorite large-scale game mode where up to 64 players compete for control of key objectives, and Rush is a 24-player mode in which the Defending team must prevent the Attackers from destroying their Telegraph Posts, which can be used to call in artillery strikes.

In addition to early access to the beta, Battlefield Insiders will also get in-game rewards. According to GameSpot, the beta code comes with a message stating that if you play on at least four different days and reach rank 15, you will unlock a “Battlefield 1 Beta Dog Tag” that will be available when the full game launches.

Battlefield 1 is scheduled to release on October 21 (or October 18 for the Early Enlister Digital Deluxe Edition) for PlayStation 4,  Xbox One, and PC (via Origin). 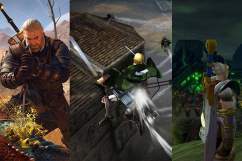