Attention fighting game fans, the first every King of Fighters XIV World Championship has officially been announced. This brand new fighting game has already set its sights on hosting a championship for the best players from around the world. In a press release sent to us from developer Atlus they have confirmed that this tournament will be held sometime in January 2017.

Most of the details for this eSports tournament are yet unknown, but it appears that participating in the event will require an invitation. This is clearly meant for the best players around the world and to help propel King of Fighters XIV into the eSports scene. However, this is hardly the first time King of Fighters had made an impact in the eSports world, as they have been hosted multiple times by the fighting game tournament EVO. 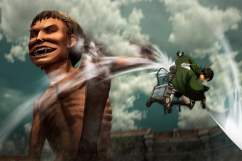 In fact, last year we got to see MCZ Tokido take on the front runner Qanba Xiaohai in an epic 30-minute finals match. While Tokido fought valiantly and seemed to have the upper hand, Xiaohai managed to claim the final win and become the 2014 King of Fighters XIII champion. There is little doubt that we will see both of these contenders at the World Championship, but with only a few months to practice it will be interesting to see who can emerge as the winner.

Figuring out combos and which of the 50 fighters has the best advantages will be key to victory, especially early on. If someone enters the competition will knowledge about certain tricks that others players do not, it can easily turn the tide of battle. Make sure to check back with us as more details emerge surrounding the King of Fighters XIV World Championship.

Read More
eSports, PS4
King of Fighters XIV is getting a World Championship. Here's everything you need to know.