Developer Valve’s hit MOBA DOTA 2 will be receiving a brand new character to cause chaos with this fall. During the major DOTA 2 tournament,The International, a teaser trailer was released showcasing the new character dubbed “Monkey King.” Now this wasn’t the only surprise character shown during The International, as the fan favorite champion Pit Lord will be releasing at the end of this month under his new name Underlord. While the trailer itself was only a minute long, there’s a lot to unpack from the brief cinematic footage we were shown of this primal fighter.

While it’s not clear if he will be a laning character, the amount of footage showing him fighting in the forest could imply another strong jungler. The Monkey King also seems to have a balance between melee and magic based attacks, which could make him quite powerful for surprise or support based attacks. Though the most interesting aspect of his character has to be his ability to clone himself near the end of the trailer. There’s no information if this is simply to confuse opponents or if they can deal damage to your enemies, but it certainly seems like a fun trick. 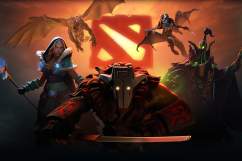 ‘DOTA 2’: What is a BKB and Which Heroes Should Use it

Those shouldn’t expect any more big announcements from Valve anytime soon, as they usually like to only release one new character a year. This is due to balancing since DOTA 2 has a staggering roster of characters, so making sure Monkey King doesn’t instantly neutralize a popular choice is key. Also, for the Overwatch fans out there, Monkey King is voiced by none other than High Noon enthusiast Matthew Mercer.

There has been no specific release date for the Monkey King’s arrival outside of him being available sometime this fall. Make sure to check back with us as we keep an eye out for any more information regarding DOTA 2‘s newest champion. 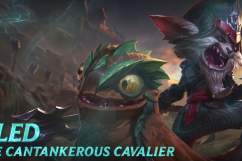