Another day, another new champion entering the fray of Riot Games’ hit MOBA League of Legends. Kled is the newest selectable hero for players to choose from and he certainly one of the most violent characters to come along recently. Focused solely around hunting down enemies and killing them, this little guy is a decorated veteran of combat. However, he doesn’t charge into battle alone, as Kled is accompanied by his trusty mount Skaarl.

This symbiotic pair will be a dangerous force on the battlefield and should be approached with extreme caution if you don’t have a way to escape. Especially if Kled is still riding around on Skaarl and not off wandering the lanes alone.

Here’s everything you need to know about League of Legends‘ newest champion Kled:

One of the unique features of Kled is that if he has taken enough damage during a fight, his mount Skaarl will actually just run off without him. The duo actually share a health bar, with Skaarl making up around half of it and Kled taking up the rest. If you take enough damage while riding your cowardly mount, it will actually run off and leave Kled alone to defend himself.

However, you can actually get Skaarl back through a few different methods. The main one is by building up Skaarl’s courage meter until it feels compelled to come back and fight alongside Kled. This can be done by getting the finishing blow on enemies or by attacking towers and champions. The other way is to go back to the spawn point, in which Skaarl will instantly spawn and rejoin Kled in battle.

If you regain Skaarl while in battle, Kled will recover some of his lost health which can help his sustainability when defending or attacking a lane. This can be used to both surprise opponents who think you’re about to die, or help make a big team push into the enemy’s territory. 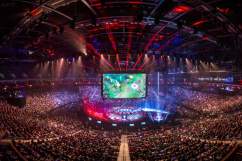 What makes Kled different than other champions is that he has separate abilities and attributes if he’s not riding his mount Skaarl. His default Q ability while riding Skaarl is called “Beartrap on a Rope” and is used to slow down enemy champions. If Kled is knocked off Skaarl, this Q ability will actually change and become “Pocket Pistol.” When using Kled’s pistol make sure to note that it has some serious knockback to it and will send Kled flying in the opposite direction of where you’re aiming.

Kled’s movement speed will increase if he is no longer riding Skaarl, but his overall damage will be reduced. It’s also important to note that Kled won’t have access to a fair amount of his abilities until Skaarl has returned, so you will want to get it back as soon as possible. When not riding Skaarl, the range on his default attack will also increase, allowing you to finish off roaming mobs easier. 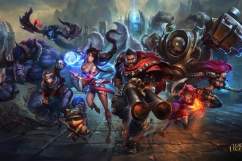 3. His Abilities are Focused on Just Killing Enemy Champions

Skaarl and Kled are centered around finding enemy champions and killing them when there’s an opening. Many of his abilities are meant to close the gap between him and another champion, allowing you to finish off any wayward opponent. “Beartrap on a Rope” can be used to grapple onto enemies and slow them down, making an escape very difficult. Coupling this with his E ability “Joust” and you can catch any champion off guard whose not paying attention.

The main damage dealing move that Kled possess is called “Violent Tendencies” and is mapped to the W key. This passive increases the damage of his next three default attacks, with the final one doing bonus damage based on a percentage of the enemies health. Combining his move set with “Violent Tendencies” can help finish off heroes in your lane or enemy champions already engaged in a fight. You always want to play aggressively with Kled, so if you like getting into the middle of fights this little guy should be your go-to choice. 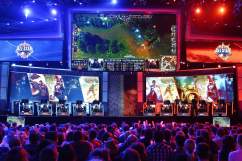 ‘League of Legends’ Semifinals 2016: When, Where & How to Buy Tickets

4. His Ultimate Can Cover Half the Map and Can’t be Stopped

Kled’s ultimate ability, dubbed “Charge!!,” can cover nearly half of the entire map once it’s activated. If used, Kled will charge towards the first enemy champion, building up a shiled and increasing his movement speed as he covers more ground. Once you actually make contact, Kled will deal a percentage of damage based on the enemy’s health. This will increase the farther away you are initiating this attack, which can yield powerful results.

It’s important to note that no movement impairing effects nor the player can stop Kled once he has started using his ultimate. If you charge near your allies, they will also gain a movement speed buff, but can be affected by any impairing abilities or effects. Use this ultimate to help your team make a big push or fall back to a lane that is currently under attack.

5. Kled Looks Like a Good Beginner Champion for Those Trying to Learn the Game

League of Legends can be a very difficult game to get into since many of the champions offer layers of complexity and strategy to them. Kled, however, appears to be a fairly straight forward hero that could be a good choice for anyone trying to learn the game. Given his abilities are solely focused around movement and doing damage, Kled’s role in the team is fairly straight forward.

Kled also can offer new players a better understanding of when to pick fights, since many beginners will just rush straight out at enemy champions with little regard for their own safety. Since his entire kit is based around catching up to others trying to run from losing fights, this can showcase some of the fundamental concepts of battling it out with opponents. Just make sure to keep Skaarl well fed, it doesn’t look like a beast you want to upset. 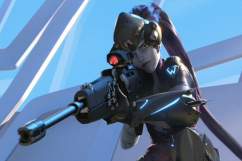