Sony has announced that the PS4 update 4.00, which is codenamed Shingen, will be hitting the wild in the form of a beta soon. Luckily, you don’t have to be a part of the beta to find out exactly what’s contained in the new update, which looks to be one of the more substantial updates the PlayStation 4 has received so far. There are a lot of changes coming to your consoles, with Sony adding more functionality and a better UI with the upcoming update. While we’re all upset about the Final Fantasy XV delay announced this morning, at least good guy Sony is here to bring us some good news to take our minds off of it. Here are the most important changes coming with the PS4 update 4.00: 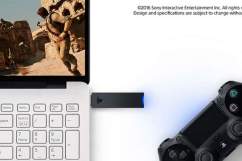 1. Players Will Be Able to Better Organize Their Games Into Folders

One of the biggest complaints by gamers about the PlayStation 4 is its lack of organization when it comes to their games. In fact, I frequently get lost in the PlayStation menus and the Library. Now, with the impending update, players will have more options for organizing their content on the PS4. Players will be able to create folders on the content launcher and in the Library that will allow them to put all of their favorite games and some apps in one place for quick access. This means you’ll be able to have separate folders for your favorite genres (for example, a folder for just RPGs, or “New” games).

As far as the Library is concerned, players will see a new tab called ‘Purchased’ which will show any game or app owned by you (including betas and demos). This will serve as much-needed cleanup for your currently cluttered library.

The Share Menu in its current iteration is a bit clunky. Not only is it a little slow, but it also takes up your entire screen, removing players from their immersive game worlds. With Update 4.00, that fullscreen menu will go away, and in its place, Sony will add a quicker menu that only covers a small portion of the screen. Sharing screenshots and video clips will be a bit faster. What’s more, it used to be the case that you could only share 10-second clips to Twitter. With the new PS4 update, you’ll be able to share clips up to 140 seconds in length right to your Twitter feed for your followers to see.

3. The PS Button Will Bring Up A Newly Designed Quick Menu

Like the current Share Menu, the Quick Menu isn’t very quick. When the new update drops, players will see an overhauled Quick Menu that will actually be faster and easier to use. The new menu will only cover a small portion of the screen which will, again, allow players to stay at least semi-immersed in their gameplay. There will also be new additions to the Quick Menu including the ability to see the status of your friends and quick access icons for your Party, Communities, Favorite Groups, and more. You’ll also be able to actually customize the Quick Menu by adding or removing items at your leisure. Finding the best Quick Menu to fit your needs? Count me in. 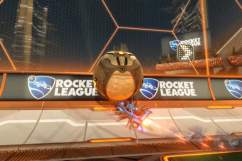 4. The PS4’s UI Is Getting a Substantial Paint Job

The PlayStation 4’s UI has always been a bit lackluster, but since Sony is providing so many changes to how your system operates, I guess they figured slapping a new coat of paint on there would also be a good idea. The new user interface will have new system backgrounds and a new ‘What’s New’ tab, and it will provide an updated look to your popup notifications and system icons. Sony says it will be a UI that’s easier to use.

5. Update 4.00 Will A Bring A Few Trophy Improvements

One of the biggest issues with PlayStation Trophies is that you’re unable to view your Trophies offline. With the PS4 Update 4.00, Sony will provide an option that will allow players to view their Trophy collection while there isn’t an internet connection. The new update will also add the ability to view the content of a Hidden Trophy, although the content will still be hidden by default. Players will be able to choose to show the Trophy name and information about that Trophy in the menus. Sony is also changing the look of Trophy icons so that instead of four boxes that fill-up, the icons will look like a pyramid, and the ultra-rare Trophies will be placed at the top of the pyramid. 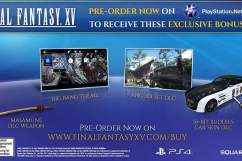 Read More
Gaming News, PlayStation, PlayStation 4, PS4
PlayStation owners have a new update to look forward to, and it brings a plethora of new changes to the current bestselling console.