The latest Pokemon GO update has a new appraisal feature. Team leaders share commentary about trainers’ Pokemon that can be used to determine which Pokemon is best for battle. But is this a new type of in-game IV tracker? Can you use the sentences to figure out what your Pokemon’s IV is?

First, you will be given an overall Pokemon analysis. According to Pokemon GO GamePress and astute players on Reddit, you can interpret IV for each team in the following ways:

According to Redditor MartinVanBallin, if any team leader tells you something like “The best stat is __” followed by “I’ve never seen it so high!,” you can assume that your Pokemon has at least one stat with a bonus IV of 15/15. Spark will say: “I’m blown away by its stats, wow!” Candela will say, “It’s got excellent stats! How exciting!” And Blanche will say: “Its stats exceed my calculations. It’s incredible!” (Note: Some Pokemon GO players on Reddit, like MartinVanBallin, have said that these messages might also be seen for 14/15 Pokemon IV, although PokemonGO GamePress states you will only see these messages for a perfect 15/15 on one IV.)

Redditor lunarul warns that a message like “Its stats exceeds my calculations” might be misleading. Don’t assume this means your Pokemon has perfect IV stats across the board. This likely means that one of the IVs is high, while the others could still be very low. For example, Omanyte at 51 percent (15/1/7) had the following message: 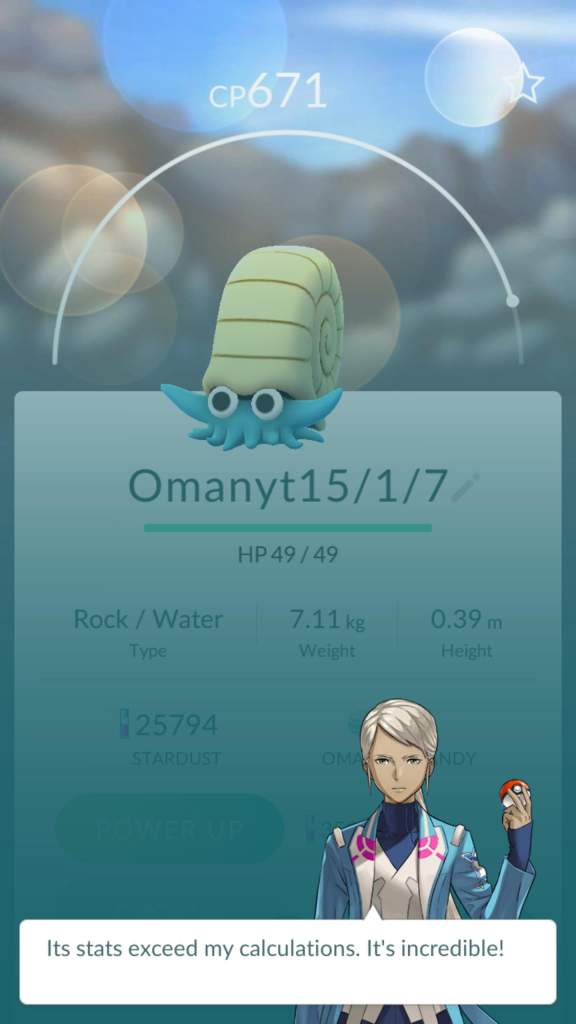 If your team leader tells you which attribute is your Pokemon’s best (Attack, HP, or Defense) followed by “It is matched equally by…”, this means that those attributes have the same stats.

It’s worth noting that this method of giving players an inside look at their Pokemon’s stats isn’t unprecedented. Stats judges were introduced in Generation III, according to Bulbapedia, to read individual values and ranges of selected Pokemon. The sentences described ranges similarly. For example, a total IV of 151 to 186 in Generation III was described as “wonderfully outstanding in ability.” In Generation IV, a judge would stand at the lobby next to the PC and describe a Pokemon’s potential based on the sum of all six IVs and indicate which stat had the highest IV, and its range.

Some Pokemon GO players are saying that these ranges still aren’t specific enough, and they will continue using Pokemon GO IV calculators for more specific calculations. What do you think? Are these in-game estimates a good replacement for IV calculators? Let us know in the comments below.