A new Pokemon Go update has been released, and to the delight of fans everywhere, it brings many features back into the game and resolves numerous issues players were having. Also included in the update is a deterrent against using the app while driving, but for some, it isn’t quite working as expected.

After the August 8th update, the game now includes this warning message, which pops up when the app detects players are moving too fast:

Pokémon GO now requires you to confirm you're not driving if it detects you're going to fast! pic.twitter.com/kutIh6rZRx

It’s not as if the game gets disabled above a certain speed, though; tapping “I’m a passenger” will make the message go away, and so you can continue to use the app to search for Pokemon or Pokestops while someone else is driving.

Some players, however, have been confused to receive this warning while they aren’t driving, and often while they aren’t moving at all. Many have received the message while simply sitting at their desk or on a couch.

This is possibly due to GPS drifting, a phenomenon where your GPS glitches and shows you as moving across the map even when you aren’t. It’s the same reason you might sometimes open the app while stationary, only to find your character walking around. This may be causing the game to register players as moving fast even when they aren’t, although it could also simply be a problem with this new system of detecting speed.

For now, there doesn’t seem to be a simple fix, but luckily, the glitch is more of an annoyance than something that will affect gameplay much. After all, the warning is only there to discourage people from using the app while driving, but all it is is a warning; if you get the popup while out of a car, simply hit “I’m a passenger” and continue on.

In addition to adding this speeding warning, the August 8th update of Pokemon Go also added battery saver mode back in and introduced a new system called “sightings.” A brand new nearby tracking feature has also been unveiled. 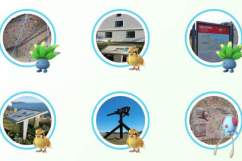 ‘Pokemon Go’ New Nearby Tracker: How Does it Work?