Niantic Labs, developer of Pokemon Go, has finally issued a statement regarding the game’s recent issues.

Over the past few weeks, many Pokemon Go players have expressed concern that the game was gradually getting worse due to the onslaught of bugs. One was the three footstep glitch, where every nearby Pokemon would appear to be three steps away regardless of where it actually was. For weeks, players anticipated a fix to this issue, but in a recent update, the feature was removed from the game entirely.

Players have also expressed anger that Niantic Labs has shut down third-party services like PokeVision. This website allowed users to look up what Pokemon were in their area, making it a helpful alternative to the nearby tracker. Now, players can no longer make use of that fix.

There have been dozens of other issues, including server crashes, battery saver mode glitches, map detail disappearing, the game freezing upon throwing a Poke Ball, and more. And players have grown increasingly angry every time a new update goes online that does not address any of these problems.

Above all, a frequent complaint has been that Niantic has failed to address the Pokemon Go community’s complaints, never using social media to update fans or reassure them that solutions are coming. On Tuesday, they finally did exactly that, reaching out to players on Facebook.

In their post, Niantic said that they removed the three step display “in order to improve upon the underlying design,” adding that the original feature was confusing. Thankfully, it appears that they fully intend to add something similar back into the game at some point.

The post also explains that they shut down 3rd-party services like Pokevision because they “were interfering with our ability to maintain quality of service for our users and to bring Pokémon GO to users around the world.”

Finally, the post adds that they are working long hours in order to keep the game running, hence why they have not reached out to the community very much, but they plan to keep players posted more often in the future.

Here is the full statement from Niantic Labs:

Not everyone was satisfied with Niantic’s statement, though; the post currently has 1,800 angry reactions on Facebook, with many comments complaining that the language is rather vague.

In response to the statement about the three step glitch, one Facebook user wrote, “This is really unclear. What exactly do you mean? How does the Nearby grid now work? Your lack of transparency regarding game mechanics has been very frustrating.”

And in response to the decision to shut down third party websites, another fan complained, “I’m pretty sure that third party tracking sites had nothing to do with the quality of service. The servers had issues long before they became available. The tracking system was working fine until you glitched it with your first update. Removing the footprint system feels more like an attempt to shut down the third party systems, rather than actually fixing anything.” 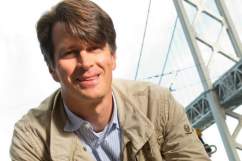