Pokemon Go is an ever-evolving game, and major features are continuing to be rolled out. Since the app launched in July, we’ve seen the addition of things like appraisal, as well as the ironing out of glitches and server issues so that the experience is fundamentally different than it was a few months ago.

And Niantic Labs, the developer of Pokemon Go, is not done. John Hanke, CEO of Niantic, said at Comic-Con that the game currently only has about 1/10th of the company’s ideas for it, and many of these upcoming features have been teased.

Here is some of what you can expect from the game’s future updates. 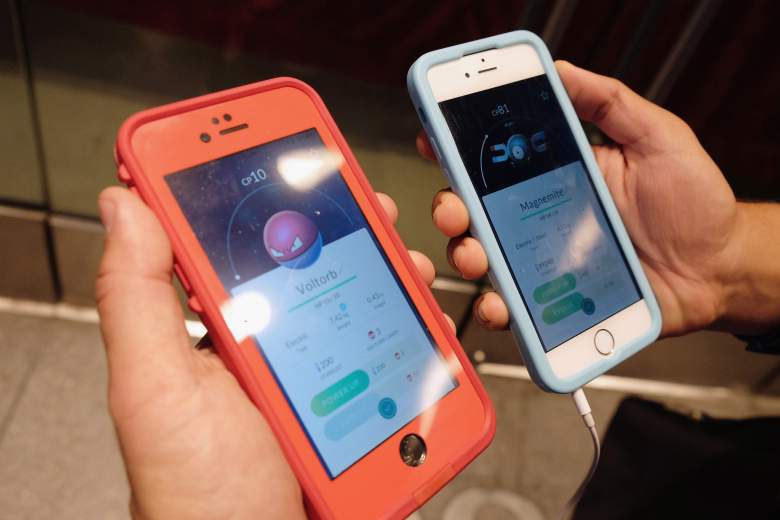 Trading is expected to be added to Pokemon Go in the future. (Getty)

The first major feature we know will be coming to the game is trading. While the details are unclear, players will soon be able to trade Pokemon with one another. Niantic Labs CEO John Hanke said back in July that he feels this is a core element of Pokemon and that trading was always in the works for Go, according to Game Rant. In fact, eagle-eyed players were able to spot references to trading in the game’s code, specifically lines reading, “Trade_search_offer, Trade_search_response, and Trade_search_result.”

The game’s terms of service also has a whole section on trading that reads, “The App permits Account holders to capture and trade virtual items including but not limited to Pokemon characters or creatures during gameplay.”

The big question about this is if trading will require players to be physically near one another, or if it can be conducted over the Internet. The game’s terms of service does state that items can never be exchanged for real money, something that would almost certainly happen if remote trading was possible. Given this fact, and considering Niantic’s goal since the beginning has been to encourage exercise and socialization, it seems there’s a fairly good chance that trading will only work when meeting players face-to-face.

2. A New Nearby Tracker 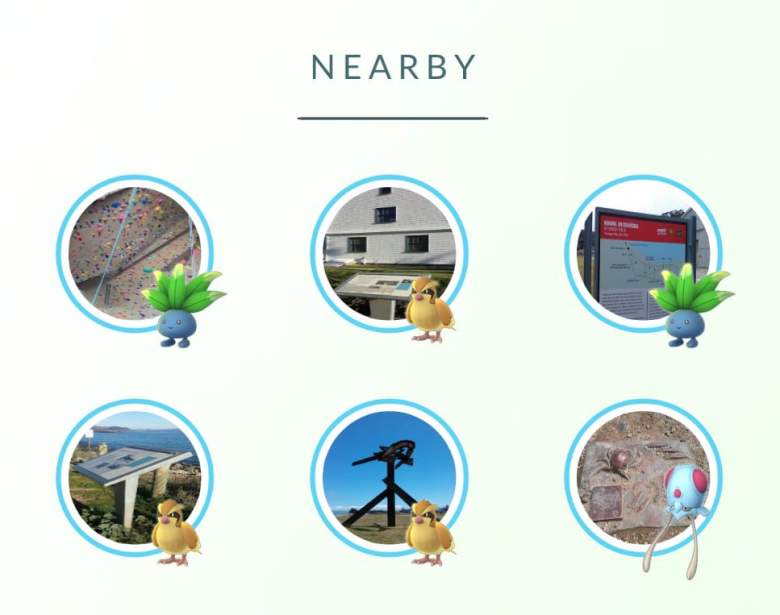 The latest nearby tracker in Pokemon Go shows gamers what Pokestops Pokemon are near. (Reddit/Anarisis)

The next feature players should expect is a new nearby tracker. Some actually already have access this, but the vast majority of trainers only have something called “sightings,” which shows Pokemon in the general area but gives players little indication where they should look.

There’s another version of this tracker which actually shows you what Poke Stops a Pokemon is near, making it much easier to track down specific creatures.

When this feature rolled out to select users, Niantic explained, “We’re currently testing a variation of the ‘Nearby Pokémon’ feature with a subset of users. During this period you may see some variation in the nearby Pokémon UI.”

In a future update, then, we should either expect this version of the tracker to be made available to everyone, or we should expect some sort of different interaction of it. 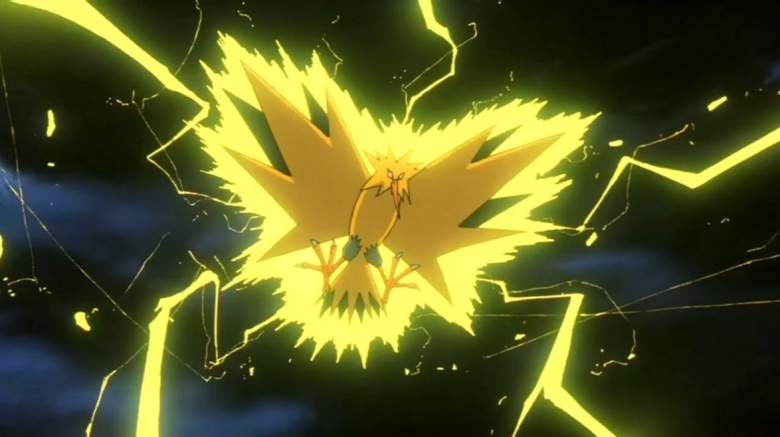 The three legendary birds are not currently obtainable in Pokemon Go. (Pokemon Wiki)

Something else we know is coming to the game is the introduction of legendary Pokemon, as well as some non-legendary creatures that have not yet been found.

We know this because at Comic-Con, John Hanke confirmed that these rare species are coming to the game.

“There are some rare ones that haven’t showed up yet that will be showing up,” Hanke said.

At that time, there were rumors that one of the legendary birds might actually appear at Comic Con, but Hanke seemed to feel that Niantic wasn’t nearly ready for that yet.

“If I could summon a Pokemon for you here right now, I would,” he said. “…We’re working hard”

Players are of course highly interested in Articuno, Zapdos, and Moltres, though it’s unclear at this time how these birds will be introduced. Many have speculated that it will be done at some sort of event, which is why Comic-Con was raised as a possibility.

Trainers are also on the hunt for Ditto, although it’s unclear whether this creature is yet to be added of if it’s currently hiding in the game but nobody has found it. When it comes to the legendary Pokemon, though, it was discovered that there exists a line in the game’s code that reads, “‘activity_catch_legend_pokemon,” implying these creatures will be catchable when added.

In addition to legendary Pokemon, John Hanke has also said that Niantic is looking to add some Pokemon beyond the first generation. 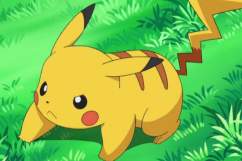 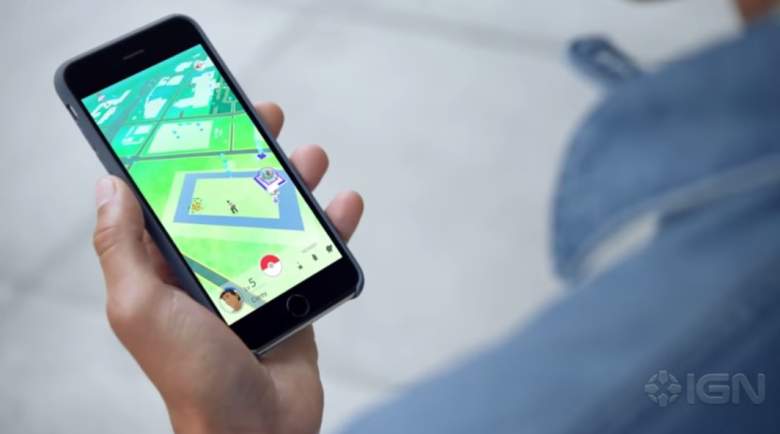 Players can use Incense Items to attract Pokemon go their location. (Niantic/IGN)

Another interesting feature that has been confirmed to be in development is the ability to customize Poke Stops.

At Comic Con, John Hanke said that in a future update, players will be able to use items to change the way that Poke Stops function. For example, you might be able to essentially turn a Poke Stop into a Pokemon Center, where everyone can come to heal their creatures.

Hanke also said that you’ll be add items that would attract specific Pokemon. At the moment, you can use a lure to attract any Pokemon in the area to the stop, but in the future you might, for example, be able to specifically attract water or electric type Pokemon. 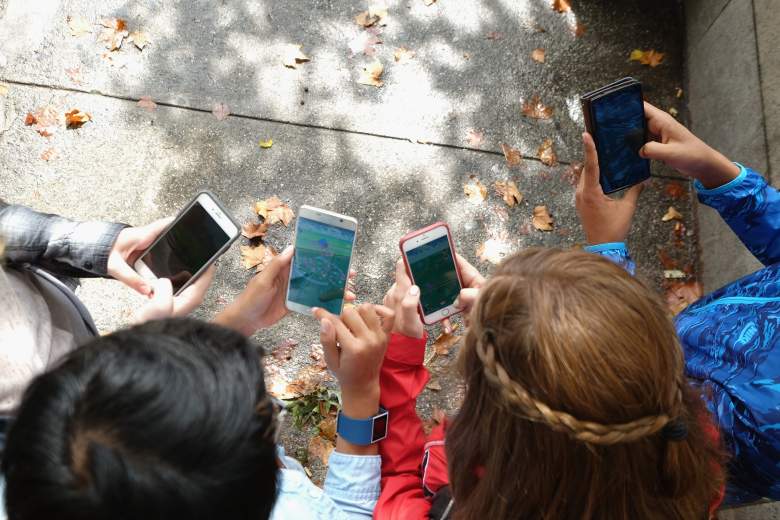 Finally, we have a feature that hasn’t been officially confirmed as being on the way but that is widely speculated to be in the works: PvP, or player vs. player battles.

This is the ability for trainers to challenge fellow players to one-on-one fights, which sounds like a pretty basic feature but which is not currently a part of Pokemon Go. Instead, combat mainly centers around capturing the gyms of enemy teams’ by fighting that team’s Pokemon, but you can’t challenge a friend of yours to a fight.

This is one of the biggest additions that players are currently asking for, with many expressing a feeling of growing bored with the game’s current mechanics and getting impatient waiting for PvP to be added.

“I mean I love the game but it gets tiresome when you’re stumbling upon the same Pokemon for weeks and weeks,” one player wrote on Reddit. “You can only get so excited after catching your 2000th pidgey. The game would be a lot more fun if they implemented trading and PvP battles.”

It’s possible that Niantic is still trying to get the servers completely stable before they introduce a major overhaul like this, or perhaps they’re trying to get rid of all the cheaters and GPS spoofers first. Whatever the reason, it’s hard to believe that Niantic would have absolutely no plans to ever try out some sort of player vs. player system, even if it’s currently a long ways way.

‘Pokemon Go’ Best Gym Defenders: The Most Effective Pokemon to Use